A fun personality quiz for pilots

There’s an online quiz called the Political Compass, which says the left/right divide is insufficient and adds a second axis for authoritarian/libertarian. Communism and Fascism are both on the authoritarian side, opposite Anarchism and Neoliberalism.

It might make more sense with a graphic: this is me, centre right libertarian, but basically in the boring middle. Judge all you like 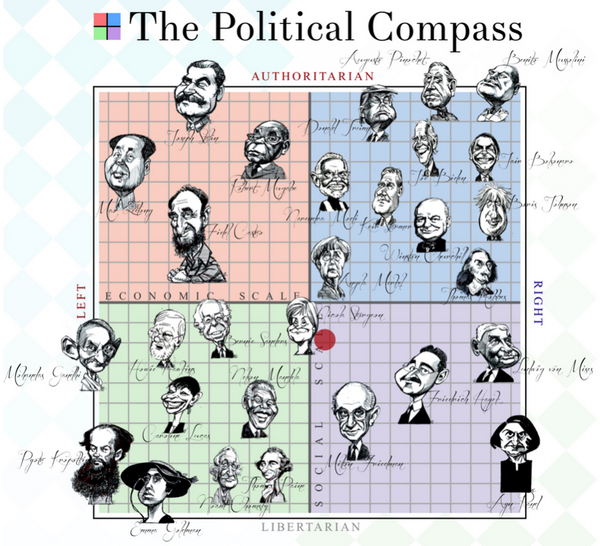 The website also has graphs with all the candidates for various elections around the world going back to 20l4. Most of the West is up in the top right.

That was quite good fun 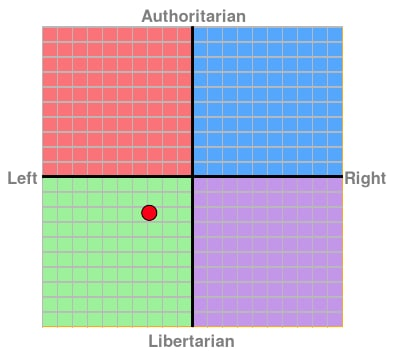 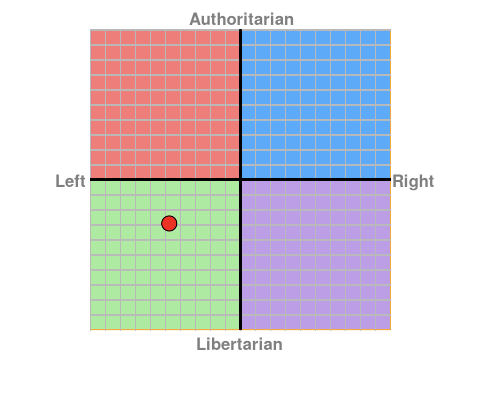 Some slightly unclear questions but an interesting excercise.

The questions bias the result, as if written by a left wing college professor (no surprise) but in my case the result is probably somewhere near. 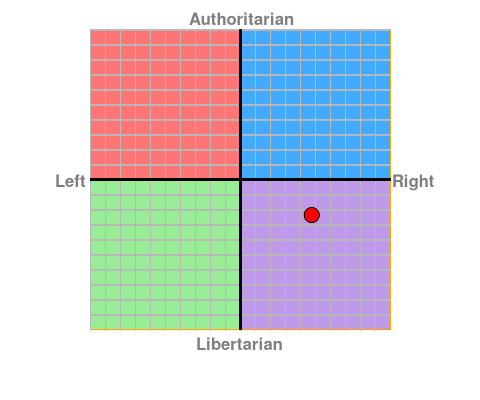 as if written by a left wing college professor

@Silvaire unwittingly we are all becoming students of Gramsci :)

@Peter I take it as a badge of honour that sociology placed us in the same spot :) 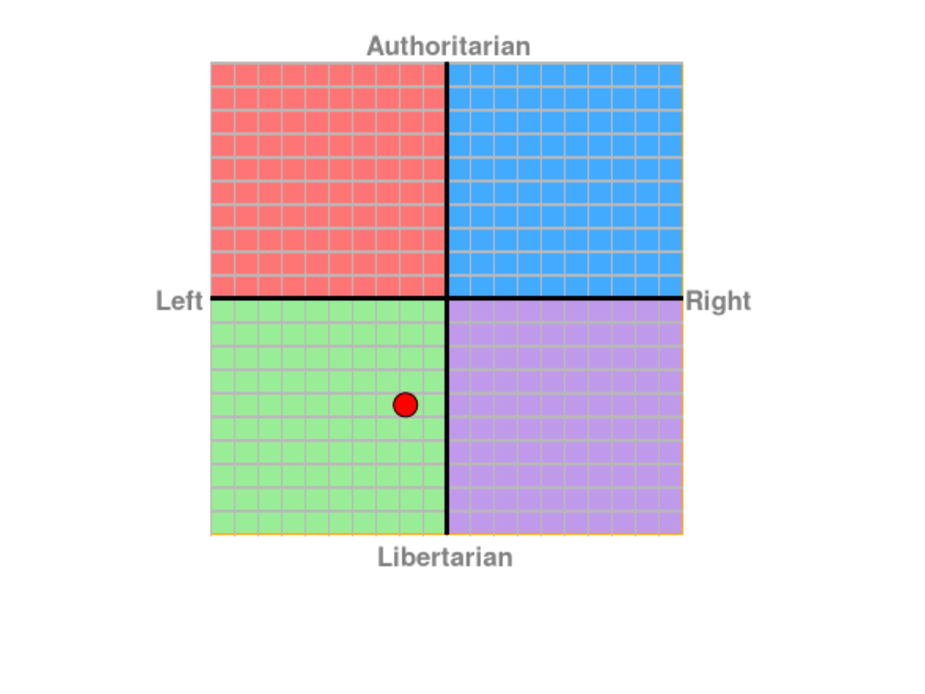 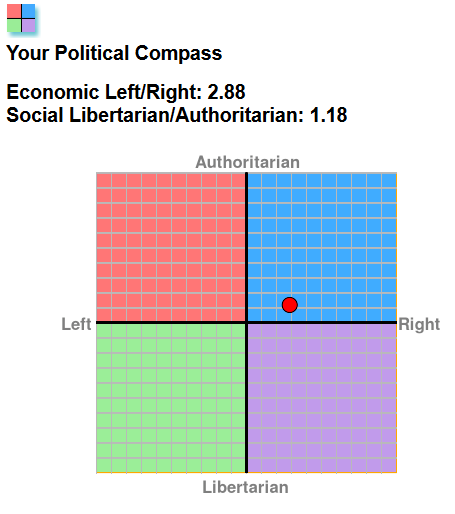 Looking at the caricatures up there, it puts me somewhere near Merkel… who would have thought.

This places myself much further left than I would place myself on the “left-right axis” of the German political spectrum, where I see myself firmly in the centre. Then again, it is easily explained if this was made in the US, which has a political spectrum that is heavily skewed to the right (from our continental vantage point). 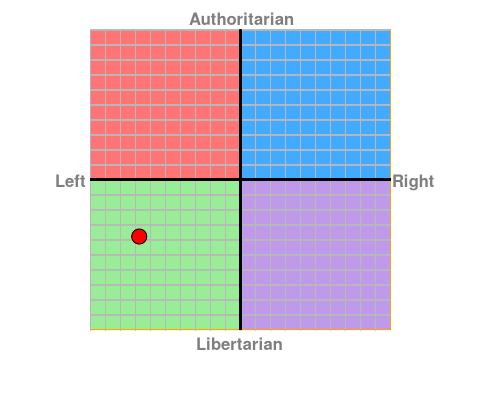 The Political Compass Site is apparently the product of people in the UK or New Zealand.

What I find most interesting is that my perception of peoples’ attitudes on the libertarian-authoritarian was directionally correct, but they are less pronounced than what I thought they would be.

I think this is a great example how the internet can exaggerate attitudes and/or perception thereof, while in reality people are a lot more moderate than they come across… I wonder what people think about me?

This quite funny. Here ya go: 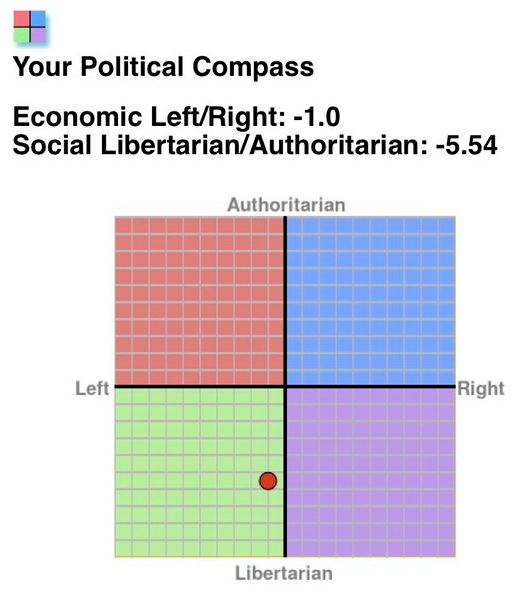 172driver
KSMO
70 Posts
This thread is locked. This means you can't add a response.
Sign in to add your message