DA42 LN-PFM down in Norway

I don’t have much info about the accident except three people on board, apparently flight school training flight and most probably three fatalities.

One instructor and two students died. Very little info so far. Looks like a normal training flight, then suddenly they just crashed to the ground at high speed. Pictures/videos of the site shows no airplane parts as I could see. One witness said he/she saw the plane spinning to the ground. 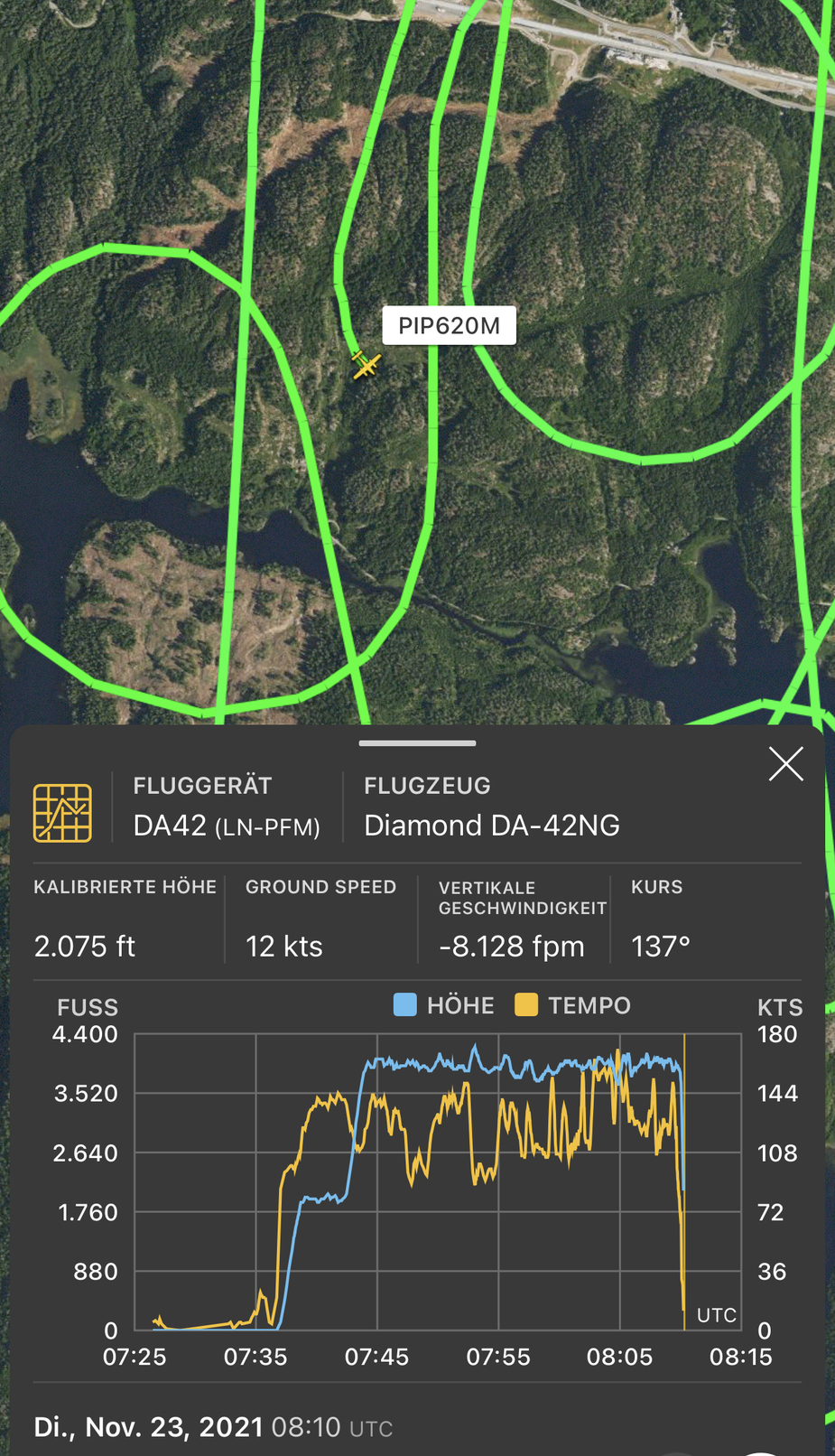 Hmm. Doing training, steep turns perhaps, skidding turn with a bit too much rudder and she folds? Or an accidental engine failure in the turn? Doesn’t look like a Vmc demonstration (as you would never let it turn that much in such a situation) and doesn’t look like regular engine out exercises either.

Here is a picture from the crash site: 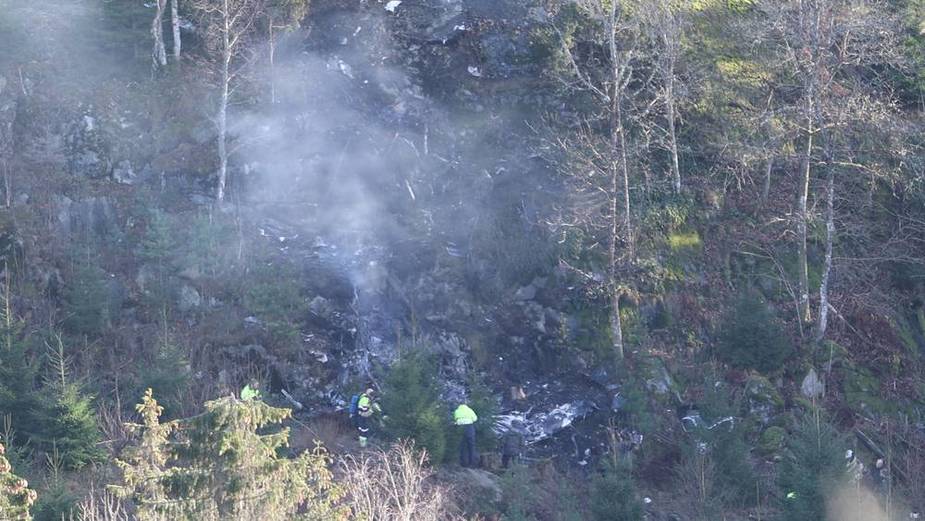 The plane operated at 4000 feet. The ATC lost radio contact and lost it from the radar. They asked a helicopter just taking off to have their eyes open. It’s not clear if the helicopter spotted them. The flight school has 120 employees and 350 students.

This is sad & unfortunate, the DA42 is one of the most benign well behaved and safe aircraft out there, especially in training environments

But one thing I was not comfortable with in the aircraft is the “vebs”, we always check it on the ground but not sure how one should recover if it fails during slow flights with dirty config and high power?

Not necessarily related to this accident, maybe loss of control or disorientation…

Variable Elevator Stop, I think it has to do with T-tails stall aerodynamics in some narrow configs, the elevator (and maybe rudder) could stall at same time as the wings on high power and when airflow is blanked by flaps, I am not sure what they call this? it does not seem to be an issue for gliders with T-tail design, you will stall no power and no flaps but even after pushing the stick you tend to wait for nose to drop before elevator to become fully effective (people exaggerate that feeling in T-tail Arrow flare with full flaps)

In DA42, it’s a screw that rotates with an electric motor to tilt the elevator and keep pitch control at slow speeds & full flaps, it works in the background (limits the movement of elevator from 15deg to 13deg in high drag regimes, tail may stall at +13deg in some power/flaps configs), on the ground, you can hear it rotating when setting flaps LDG & pulling stick and adding power and it’s part of MEL for VFR

If the variable elevator backstop does not function properly, terminate flight.

CAUTION: The variable elevator backstop is inoperative. In case of stalling with “power-on” the handling qualities and stall-characteristics are degraded significantly. Do not stall the airplane in any configuration

I understood the main thing VEBS does is to help stop the tail touching the ground on landing by limiting the amount of backward movement on the elevator.
The biggest problem I have found with the DA42 is the left knee of the passenger in the right hand seat. Often as they move around their knee catches the throttle lever and changes the throttle setting on the right engine. In my experience its usually a power reduction alrhough theoretically it could increase it.
The same can happen on the DA40.

gallois
France
53 Posts
This thread is locked. This means you can't add a response.
Sign in to add your message

Tail numbers or Aircraft ID that start with F, G, and I
Flying in Europe and where to base N-Reg experimental / homebuilt in Europe?
PLEASE HELP PILOTS....clarification of rules
Operating an FAA experimental type (VFR) in Europe on N reg