A flock of sheep has been missing in Reißeck in the Mölltal for weeks. The 55 animals were intensively searched for, but they remain lost. The alpine farmers suspect that the sheep have fled from a wolf and can therefore not be found. At the weekend, the animals were searched for again, also from the air. The search was supported by an airplane on Saturday. But it remained unsuccessful. A representative recently spoke to the farmer who misses the 55 animals. He said he made a great effort to search the whole region. There is no trace of these sheep, which is why he organized the search flight today." A total of about 200 sheep disappeared in Carinthia. Eight to ten pieces have also been found dead in the Teuchl. Wolf DNA was found, that was definitely the wolf." 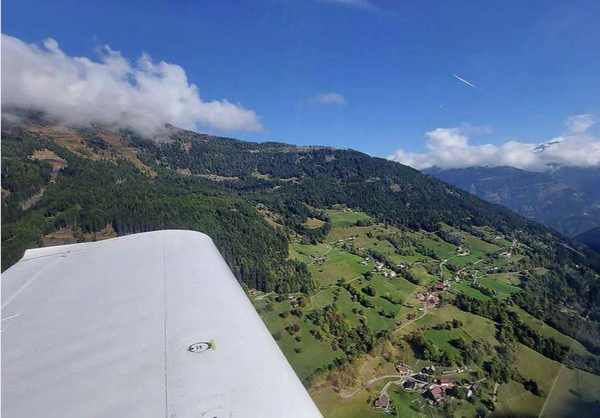 A prime opportunity to highlight some utility for private GA in the „feelgood section“ of the news.

Is there something similar to Civil Air Patrol in european countries?

In Czechia, there is a volunteer organisation called Nebeský Anděl (Sky Angel), but its only officially declared mission is observation and reporting of highway traffic and accidents.

In Sweden we have Frivilliga Flygkåren. They use aeroclub airplanes and private pilots to complete reconnaissance missions for the military and local governments.
They have a good variety of missions and many private pilots flies a lot for them. They are also an important part of many aero club’s economy.

In Norway we have NLF Flytjeneste. Same as the Swedish by the looks of it.


Same as the Swedish by the looks of it.

Except that the Swedish Voluntary Air Corps (Frivilliga Flygkåren) is a separate organisation not associated with the National Aeroclub (Royal Swedish Aeroclub).

I was going to write that this wouldn’t be possible in Germany because of burocracy and liability issues but after a some googling to make sure I don’t spread fake news it seems that there are similar arrangements in Germany. But it seems to be either on a 100% voluntary basis without any compensation or fully professional (police helicopters, military). Although as a pilot I like to find excuses for doing everything by plane I have to admit that in central Europe there is no much need for aerial spotting since there aren’t many places that can’t be viewed from the the next steeple.

The UK has the Civil Air Support previously known as Civil Air Patrol or Sky Watch.

I have never been involved with it but recall reading a derogatory account of one former member who said it was run by weird characters (well, probably just like most volunteer organisations; look no further than your local model plane flying club) and when they decided that everyone should wear a uniform, a lot of people left

Here, sheep are said to be worth £50 or so and few people will burn avgas to look for missing sheep


Here, sheep are said to be worth £50 or so and few people will burn avgas to look for missing sheep

Looking for sheep is not one of the tasks for NLF Flytjeneste. Some have their own aircraft looking for sheep and reindeer, some also hire people from the club every now and then. A small aircraft doesn’t use that much more per km than a snowmobile for instance, and the area you can cover in the same amount of time is orders of magnitude larger.


I was going to write that this wouldn’t be possible in Germany because of burocracy and liability issues but after a some googling to make sure I don’t spread fake news it seems that there are similar arrangements in Germany. But it seems to be either on a 100% voluntary basis without any compensation or fully professional (police helicopters, military).

The Swedish Voluntary Air Corps (FFK) have had major difficulties adapting to the EASA Air Ops rules. Basically, it operates under part-SPO, with the very important exception that it also uses PPL/LAPL pilots. The pilots are not paid, of course, but that doesn’t help as the organisation itself gets paid for its services, so it is by definition a commercial operation even though it is non-profit. (Just like Swedish aeroclubs, FFK is not a company but a democratic association.)

This doesn’t work very well with EASA rules. The Swedish CAA has been helpful, and have decided on conditions that will allow the operation to continue but they are also getting increasingly legalistic and have introduced the requirement that FFK may take on a particular task only if there is no commercial operator that is willing to do it. This has wrought havoc with forest fire patrols as there is a company which uses unpaid CPLs which is now starting to get contracts for that. Basically, as soon as it (or any other company) makes a bid, FFK has to withdraw. This “non-competition” condition obviously has nothing to do with flight safety but is entirely a matter of market policy, which arguably is outside the competence of the CAA.

The Royal Swedish Aeroclub also operate forest fire patrols through the local aeroclubs and it has the same “non-competition” condition. It, however, have appealed that condition to the administrative courts. The verdict is expected later this autumn.

Airborne_Again
ESKC (Uppsala/Sundbro), Sweden
17 Posts
This thread is locked. This means you can't add a response.
Sign in to add your message

What makes a good field for emergency landing
Lost ?
The most difficult airports in Europe?
EuroGA fly-in - Venice Lido LIPV, 18/19 May 2019