When bureaucracy and overregulation pose a major hazard to safety

Most aviation regulation and procedures supposedly have safety as one of, if not the, main goals.

However, back since 2003 when EASA came into force, I have personally witnessed numerous occasions where regulations and bureaucracy have decreased safety, in some cases to the point of causing serious incidents. This is much more the case in GA than airline ops.

I have opened a project with a group of safety experts to illustrate the issue and spread the news in the aviation community in the hope that regulatory changes, like the one initiated by EASA in GA with the lightening of regulations, can continue and spread to other regulatory areas.

I discussed it previously with the recently formed EASA aviation safety promotion group (the authors of the Sunny Swift GA Safety Brochure ) and they were considering supporting the initiative. Unfortunately our plans for conferences were cancelled with the pandemic.

We recently, however, set up a Zoom conference (in Spanish) for a group of Spanish aviators where some good examples were posted.

I would appreciate further examples where you have witnessed such a situation, that can be used to support this kind of initiative.

One good example is in this thread about flying internationally to Greece where bureaucracy is the major concern for planning such a flight. This places weather, performance and other critical safety aspects as secondary when planning such a flight, putting so much pressure as to pose a hazard to safe planning and flying. 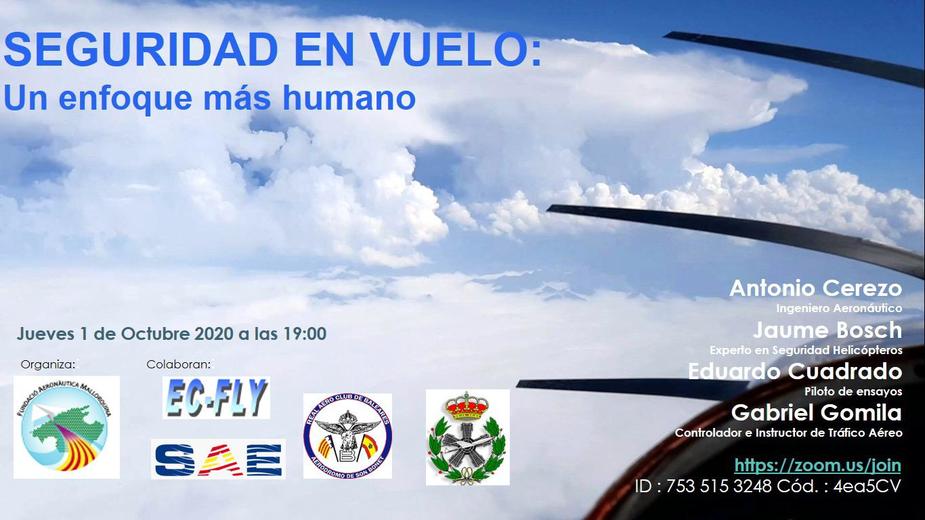 I used this presentation front page as an example: a 40000ft-high squall line when coming back from France to Mallorca a few weeks ago over the Pyrenees (if you look closely the mountains can be seen at the bottom.

We were forced to fly at thunderstorm-time-of-day due to closing time at our destination LESB. They will not allow operations outside of firemen duty time due to “safety concerns on the (lack of) activation of emergency procedures in their absence”.

Interestingly , had we flown two hours later, when all the water in those clouds was soaking the ground and it was SKC at the Pyrenees, we could easily have made it to destination well before sunset.

Instead, we were forced to fly at the wrong time of the day, deviating from our route to avoid the storms (a significant safety hazard) in order to avoid the very safe but not allowed sunset landing on an airfield closed at such time on minor safety grounds.


We were forced to fly at thunderstorm-time-of-day due to closing time at our destination LESB. They will not allow operations outside of firemen duty time due to “safety concerns on the (lack of) activation of emergency procedures in their absence”.

The safety issues is some pilots attitude to commence flights of which they know they can’t perform safely.

Plus the ICAO rule that there should be someone at an airport who can call for help if you happen to crash on the runway actually makes some sense – the safety issue is more the pilots who are not willing to pay the price for it (don’t know about LESB but on most field I know you can make the person stay at the airport longer if you pay for it).


It is not a safety issue if you know that before takeoff.

The problem is that there are so many things you know before your flight that restrict it, that on an ever increasing number of occasions/routes, the flight becomes impractical.

If we were to use your thinking, a large percentage of flights would simply not be performed.

When the safety logic is such that in most cases the only way to achieve safety is to scrub the flight, then pressure is put on actors to accept some risk (thunderstorms) in order to perform the flight in compliance (closing time) or else the flight will simply not occur.

It is a delicate balance which overregulation and lack of common sense severely tilts against safety.


Plus the ICAO rule that there should be someone at an airport who can call for help if you happen to crash on the runway actually makes some sense – the safety issue is more the pilots who are not willing to pay the price for it (don’t know about LESB but on most field I know you can make the person stay at the airport longer if you pay for it).

Thank goodness there are a lot of airfields in the world which are not compliant with that recommendation. Yes there is a safety benefit from flying into airfields which have firefighting services, but this risk has to be put in context by the PIC with the remaining safety hazards. The problem in a lot of cases is that somebody else or some procedure makes the decision for him, basically losing the safety context.

In the case of LESB you can request extended opening hours a minimum of ONE WEEK in advance, and granting is dependant on the availability of firemen and ops personnel, frequently depending on personal relationships and whether they granted it to someone else last week. With wx, destination/origin airfield restrictions and other factors it makes planning counting on extended op hours very difficult. I have personally used it on quite a number of occasions when we could plan ahead, and the 60-70eur cost is typically the lesser factor in the decision, both for the airport and the pilot.

Spanish airfield regulation allows restricted use of airports so declared, where PIC decides whether he can accept the risk of landing on an unmanned airfield, but LESB was NOTAMED out of such list a few years back, days before the AIP amendment for restricted ops came into force, but that is another story…

Plus the ICAO rule that there should be someone at an airport who can call for help if you happen to crash on the runway actually makes some sense.

Is it really an ICAO “rule”, or merely a recommendation for certain categories of operation?

As to whether it makes sense, that depends where you sit on the scale between personal responsibility and totalitarianism. In some countries there are rules for everything – what time you can use a lawn mower, what curtains you must have at your windows… Unsurprisingly, people who have been brought up with such a level of regulation perceive it as normal, even desirable.

Others (myself included) would rather die than live under the kind of mindless, suffocating regulation which decrees that in order to land on a mountain or a silage field or a river bed or a tidal sand bank there must be some Obergruppenflugleiter sitting on the ground.

As to whether such over-regulation costs lives, I think the answer is clear. Pilots from over-regulated countries seem to be massively over represented in European VFR into IFR and CFIT accidents. They are hard-wired to follow “rules” so they are simply not used to exercising their own judgement and taking personal responsibility for their own safety.

Suffocating rules also brings out other hazards: such as the normalisation of deviance.

When you have a lot of overbearing rules, people – particularly at the light end of the private aviation scene, who can see perfectly well the scale of regulation shouldn’t be much greater than it is for private cars – will start to disrespect the rules and the rule making process, and will begin to deviate from the ones they see as “nonsense”. There is a risk that this disrespect for rules will spill over to disrespecting the ones that are actually important and don’t simply exist to employ yellowjacketed jobsworths.

For instance, this cited ICAO rule about having someone at an airfield makes about as much sense for private light GA as requiring rural Scottish roads require a marshal every quarter mile just in case someone crashes their car. Yes, there is a risk that someone might crash at an unattended airfield. But in private GA, this is an acceptable risk, just as it’s an acceptable risk to drive on a rural road at 2am when no one might find you till 9am if you end up in a ditch. We wouldn’t tolerate roads being closed off just because we can’t have observers to make sure you don’t crash your car, why do we for light GA? It is perfectly reasonable that people start disrespecting the rule making process when such assinine rules are implemented.

It’s also worth remembering that a large part (majority perhaps) of ICAO signatories are authoritarian states that don’t even allow private GA to exist, or exist in any meaningful way, so appealing to ICAO rules will often bring up inappropriate and overbearing rules like this one.


Sorry, but that is a very bad example

Perhaps you can help with some good ones?


Suffocating rules also brings out other hazards: such as the normalisation of deviance.

That is exactly what happened with EASA Part-21 and Part-M when they came into force for light aircraft. This sadly put owners in the hands of their CAMO’s as they made some oversight about some minor undocumented modifications which the next CAMO would decide to ground the aircraft for, fostering an inter-CAMO battle to pick-up stuff that the other CAMO had not picked-up ("the other CAMO is not good you see?) , entering an MOR-war in which the airplane owner was held hostage.

Antonio
Antonio
LESB, Spain
110 Posts
This thread is locked. This means you can't add a response.
Sign in to add your message