Software for removing clipping in audio

Can anyone recommend something that actually works?

Sometimes I get the record level set too high and it clips, although I see clipping when transmitting via PTT but don’t see it when just talking, which suggests it is happening further back up the chain.

I’ve been using an old program called Audacity which has a Clip Fix function, which sort of works if you fiddle around with the threshold setting, but has a “feature” that it does nothing unless the selected region is less than 10 minutes long…

I also have Sound Forge Audio Studio (v10) but that doesn’t have such a feature.

@Peter can you describe the clipping in a little more detail. Is it occurring before or after editing? If after edit is it happening on the cut or is it something that is an artifact in the middle of your original footage?

Audio clip which shows the problem.

This is the clipping 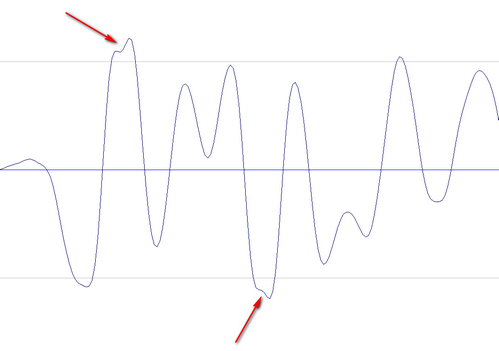 A clip fix program will rebuild the peaks like this 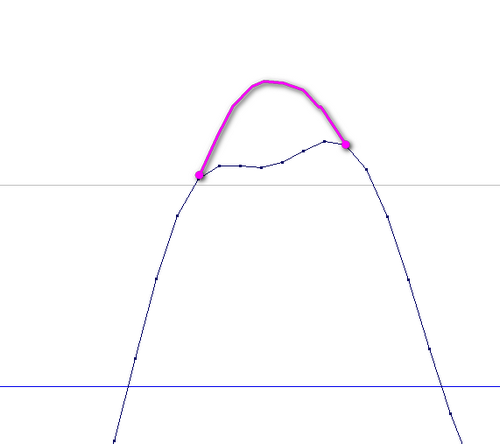 I agree that the waveform looks little strange but I am more interested in the sound it makes and whether the graphic equalizer will even out the sound or whether I need to put something in behind it to hide a sound. At the moment I use the sound mixer within Davinci Resolve Studio 16. I seem to be able to sort out most sound problems with it.

I posted a link to the mp3 above; you can play it.

The general view in the editing community is that once this happens you are stuffed because, obviously, the information is missing. However one can remove the harshness by de-clipping fairly well.

So the “clipping” is in a radio transmission not in the recording. That is difficult to get rid of. You could play for hours an improve it a bit but I wonder is it worth it.
You could try pulling up each of the dots on your waveform on “Fairlight”.

I am fairly sure it happens before the recorder, because similar amplitude signals of me talking to my passenger are not clipped.

That would take days

Clip fix software does exactly that. It sticks a fake round top on it.

I’m pretty sure it is before the recorder, I think it is the limiter on the actual transmission that is causing the problem. Which is why I said it will be difficult to get rid of, but it is part of its charm in this context.

A low pass filter should at least reduce the severity a fair bit – after all, clipping manifests itself as high frequency components.

I’ve run it through the ‘DeClipper’ tool in Adobe Audition.

stevelup
13 Posts
This thread is locked. This means you can't add a response.
Sign in to add your message