simple Jodel types of aircraft that could make the short hop from Sicily or even Calabria, and return, no problem.

Ok, let’s assume they build this airport. I’m ready to accept bet on how many of such aircrafts will hop there from Sicily or mainland Italy. My guess is less than 5 a year. If I’m wrong I’m paying lunch anywhere we meet and I’ll be happy to land at 9 CHF field in Switzerland.

The main thing in this project is: The airport is there already, only is it now declared a helipad. If you look at Google Maps, you can see that the “runway” already exists to a large extent and will need if anything a paintjob and possibly resurfacing to be used by airplanes.

The way it looks, Gozo has been trying for decades to get a small airport going, but failed due to complex land owner policies and most probably the same NIMBY folks which plague every society. So their only chance to get a foot on the ground and have an airfield is at a site where there already is one, which even has an ICAO code already.


I’m ready to accept bet on how many of such aircrafts will hop there from Sicily or mainland Italy. My guess is less than 5 a year.

Frankly the problem I see with that is Italy, not the Gozo strip. Looking at the airports in Sicily, apart from Boccadifalco there is basically no GA site which would be suitable for Avgas and whatever else may be needed. So the question will not be primarily about the suitability of this airfield per se but how to get there without getting fleeced in Italy first. If the new airfield will get AVGAS is also unclear, so basically Italy would be hard to avoid.

I would expect however that an airfield like this may also be used by the Maltese themselves, be it for training out of Luqua or as an alternative to Luqua for local pilots or owners who don’t need the long runways there.

Clearly, for you with the DA42, this airfield is worthless. That does not mean however it needs to remain so. Once established, there is plenty of space to the West to expand it, if one day they can reach agreements with the land owners. That on the other hand is much more likely with an established airfield than to find a space simply “somewhere”. Emir wrote:
I’m ready to accept bet on how many of such aircrafts will hop there from Sicily or mainland Italy. My guess is less than 5 a year.

Clearly, for you with the DA42, this airfield is worthless.

I didn’t have DA42 in my mind when I wrote the sentence above. I thought about any aircraft that this runway will be suitable for. So, out of all compliant aircrafts less than 5 a year will fly from abroad.

Even people who claim that 450m is OK for their aircraft, have never showed that they can land in 400 in their long touring trip reports? Going to LeTouquet with an RV, C172, Cub, M20C, M20J… is a waste of time and capability but that is just my opinion


Even people who claim that 450m is OK for their aircraft,

On RWY 31 at LFAT does anyone know the distance from the threshold to the first turn off as thats fairly easy to do in most aircraft .. and having the remainder ‘just in case’

Indeed, the 200m in case is what you need when you go “4h long distance flight” with fuel & load to Malta to finish with 450m strip? I always tried to take Mooney to Pressignac-Vicq or Condat-sur-Vézère but we always landed in Bergerac due to wind, weight and conditions on arrivals…

PS: I have no problem operating Mooney on grass with less than 300m, even with pylons & trees on final or takeoff if I am “bimbling around”, it’s easy: you approach at 60kias and depart very light 1pob with 1h30min fuel 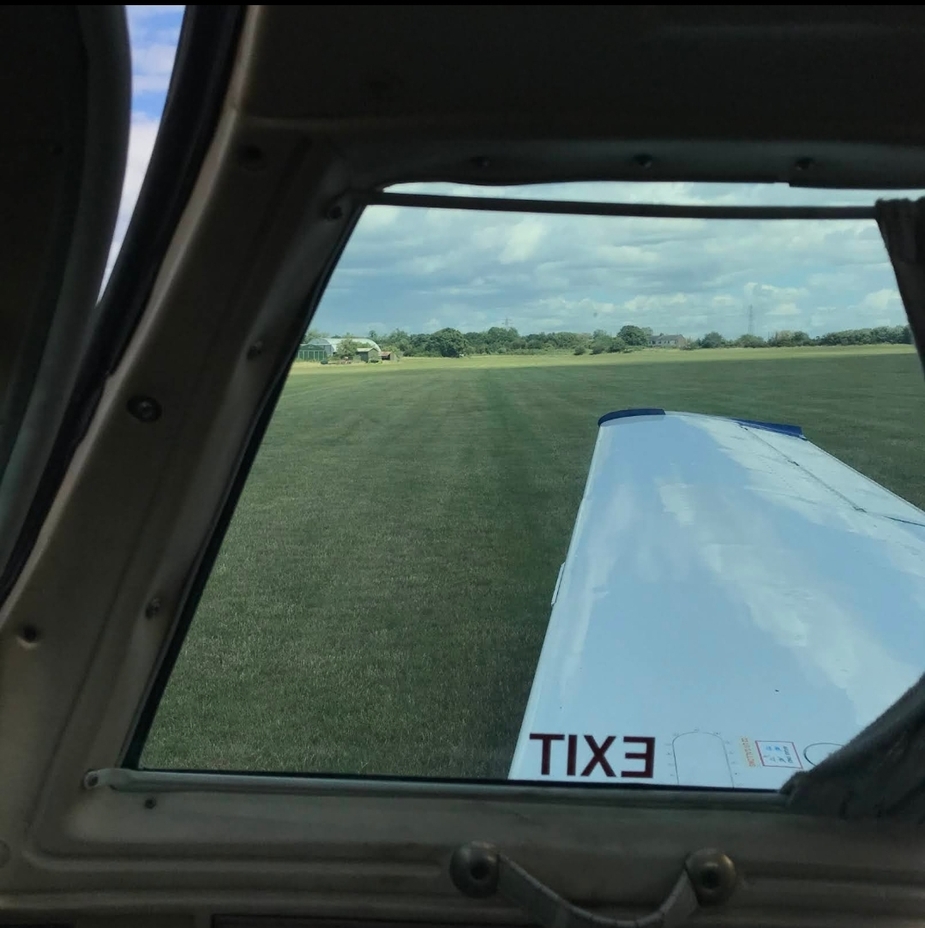 
Even people who claim that 450m is OK for their aircraft, have never showed that they can land in 400 in their long touring trip reports? Going to LeTouquet with an RV, C172, Cub, M20C, M20J… is a waste of time and capability but that is just my opinion

Well, if it’s anything to go by, Wangen Lachen (500m) is home to a few Mooneys. The original importer of Mooneys in Switzerland was Korner Aviation in Bad Ragaz, an even more critical airfield than Wangen Lachen with 495×11 m runway surface and lots of obstacles.

The other airfield where I know e.g. my Mooney has been out of Switzerland is Helgoland. It is imho comparable to the “new” airfield in as so far as it’s very short and needs some cruise flight before a longer runway is available.

What I have noticed in the past is that many people start to cringe and call any airfield below 1000 m concrete “short field”. Well, around here, most airfields are between 400 and 600 m long with 1000 m and more being the exception. Of course it’s more demanding, but absolutely feasibe. Not at MTOW often enough, particularly if it’s really hot, but with enough fuel to reach the next larger airfield where taking off with MTOW is not an issue.

the one bit where I think may well be a no go problem is that there are few airfields available in useful distance from Gozo other than Luqa which have Avgas and are GA friendly to stage out of Gozo. What people from short runways usually do is to fly out of the short field with minimal fuel and load to a place where they can then take fuel and be on their way. And neither Italy nor Tunisia offer themselves all too readily for this.

luckily not all aircraft need AVGAS… not too long ago I was in Marina di Modica (RG02), and that place is say just about 50NM away from Gozo… People there were extremely forthcoming, lent me some empty plastic jerrycans, and drove me to the nearest station where I filled them with MOGAS which my engine loves

Should this Gozo airfield (note the term airfield, as opposed to airport) see the light, customs and regulations will be more of a problem than anything else IMHO…

Dan
- ain't the Destination, but the Jour...
LSZF, Switzerland
Mooney_Driver
29


Should this Gozo airfield (note the term airfield, as opposed to airport) see the light, customs and regulations will be more of a problem than anything else IMHO…

Malta is EU and so is Italy? So are either needed? Surely they are for flights to / from Tunesia, but not from the EU/Schengen AFAIK

Mooney_Driver
LSZH, Switzerland
29 Posts
This thread is locked. This means you can't add a response.
Sign in to add your message