Sucker born every minute - stepping up to an old turbine.

Just put down the down payment on an old Turbo Commander. I’ve been hankerin’ (as they say here) for a turbine for some time, but this was the right plane at an affordable price for me. Affordable: as in pay not so much now, but through your nose over time…

Plane is an old 680V from 1967. First generation turbine Commander, but with the second generation engines. It has the upgraded TPE331-1-151K turbines of the later 681 and 690 model, the so called Century upgrade. TPE331’s are plentiful and one can buy those with times left for about 30/hr. A good compromise between the old and the new: don’t have to follow the newer 690’s onerous spar and pressure vessel AD’s, nor do I need to do the gear overhauls every 5 years, but still have the speed of the later model. It’s also a Commander, which is familiar territory for me. If you want a turbine that can go fast but also be a bush plane and land on short dirt strips, it’s pretty much down to these and MU-2’s.

The panel is from hell (a messy nightmare), the interior is a pink leather bad dream and it certainly is no one’s idea of a pretty paint scheme, but hey, it’s a turbine! She’s been decently kept after on a 135 certificate (they won’t let things slide on those), so things are up to scratch. About 1000hrs left on the 5400hr TBO engines. One of them has only got 100 cycles left on the engine (a new concept), so will need a hot section inspection in about a year. This was reflected in the price.

I’ve done my research on turbines of this model with both my old Commander guru and other owners. I’ll be burning 60gal/hr, which is double of what I’m burning now. But Jet A1 is also cheaper and I’ll go about 40-50kts faster. Per nm it’s probably the same cost in fuel. Gone are all avgas woes etc. Just what I’ll be saving in oil changes will probably come close to cover at least one hot section inspection. An owner I know in San Diego says his operating costs are about $550-650/hr, which is only about $200 more than the Aerostar. Another good thing is that on a 100hr phase inspection, if I don’t fly it that much in a year, I don’t have to annual it until the 100hrs are up.

I have no illusions, this will end up costing me more per year. But not by as much as people seem to believe (according to other owners, not me). And for that I get all weather capability, reliability, speed, long range (1200nm) and no more avgas constraints. This one I can take on my dream trip to Europe and feel safe and confident she’ll get there. Will pick her up in a few weeks and get her up to scratch – needs some pressurisation work and a phase inspection.

The journey begins. Hey, you only live once. 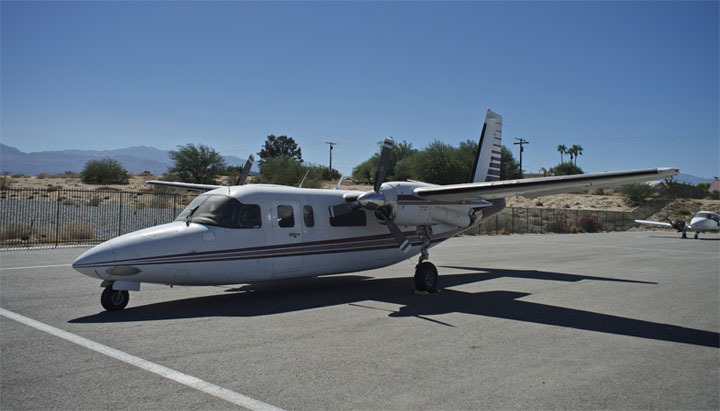 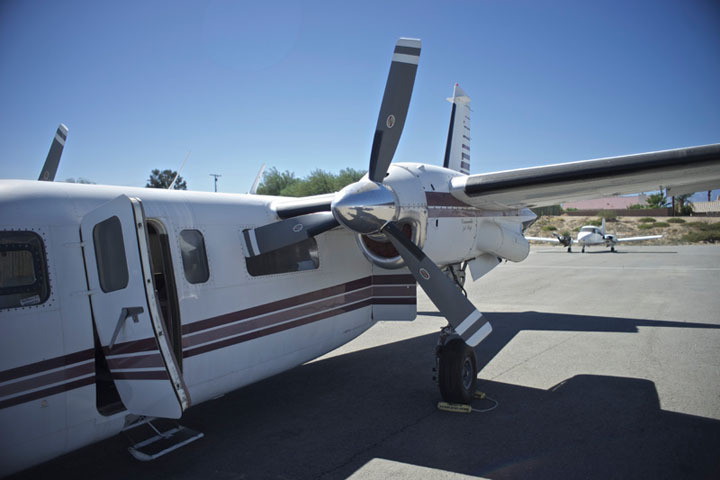 Beautiful Adam. I just knew something tasty was on the way when I saw the Aerostar on the market.
I’ll give it a year or so then expect to see a citation or similar.

No, this is it for me. No more harebrained, cockamamie aircraft purchases for awhile. Until I can afford that dream Piaggio Avanti that is..

Adam, you’ve got brass cojones. What a kick-ass attitude. Kudos!

Hey, you only live once

Remembering the PPRuNe story of Adam’s first Commander, I’d say this one only inspires confidence. Good luck with your Garretts, Adam!

Back to a Commander! You’ve got Ted Smith all confused

Adam’s ~9% Los Angeles sales tax bill over the last few years is probably quite something. I hope he and the seller are on good terms

My company had one of these for a while, then went to King Airs and then to turbines when cash started flowing fast and jets got cheap. The turbo Commander was a good plane – I hope you enjoy it Adam!

Very cool! I like this thing much better than the Piaggio too

This is what I like about GA! It offers adventures of all sorts, for everyone, at both ends of the scale. From @LeSving who is up there somewhere in Norway, patiently putting together his own aircraft (or even several!) right through to @AdamFrisch, somewhere over the pond (?), who seems to be just as crazy

and every bit as enthusiastic! And it’s all here on this forum….I’ll keep reading

Good luck with your project!

No, this is it for me. No more harebrained, cockamamie aircraft purchases for awhile.

I believe this when I see it

Congratulations on the move. Looks great. Once you are flying a turbine, you won’t look back!

Bet you are in a Citation before Peter is in a Jetprop.

JasonC
EGTK Oxford
230 Posts
This thread is locked. This means you can't add a response.
Sign in to add your message

"Flying alone is a total waste"
Meet-up at Alderney EGJA - May 2016
Over ten grand on a GTN-650
The end of the avgas piston twin?