MSFS2020 is terrible for instrument flying (especially the radionav bit).

I find MSFS20 a very poor product. Just waiting on another one of those 80 GB updates…
I also experience multiple bugs, eg I can’t switch planes etc… without using the developer mode.

Recently got a GFC500 imitation and it works great! 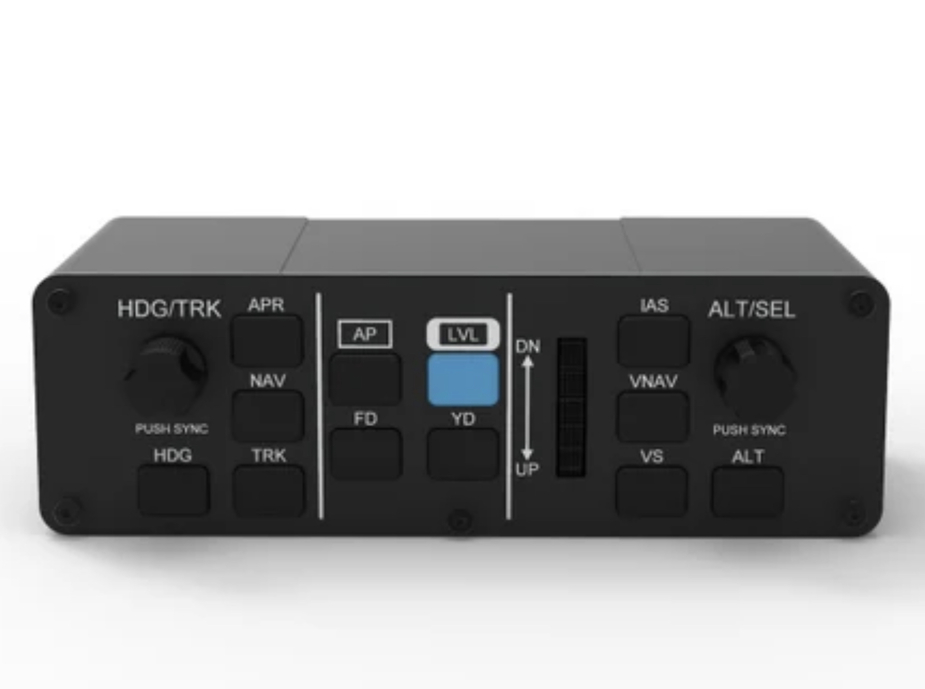 
MSFS2020 is terrible for instrument flying (especially the radionav bit).

It isn’t MADE for pilots! It is a game for Xbox with a PC deviate.

It shines with graphics. The rest is totally unimportant for the intended customers. The stuff I’ve seen is ok up to brilliant for VFR. I have no idea about the flight dynamics, but mostly MSFS has been no good for those anyhow, so why should that change.

IFR, serious flight training, systems, go elsewhere. or rather, stay where you are.

Me, today and if I ever get back to real world flying, I am VFR and will most probably stay VFR. So yea, MSFS2020 would be a nice toy to practice real world VFR navigation, to practice VFR alpine crossings and to familiarize myself with areas and airports I don’t know well. Apart from the “fun” bits like Paro or Lukla or similar, where again the visuals are excellent, the rest is b.s.

For everything else, FSX or Prepare is far better. Prepare is developed with serious simulation in mind by Lockheed Martin and it is purely a gesture of theirs to allow normalos to use it.

And Xplane has got one heck of a great reputation with those who love technical fiddling and want the utmost realism.

Yet both are niche products. Tiny numbers and totally uninteresting for the likes of Microsoft of other large publishers, who count from one million copies sold up.

To emphasize the point:

A few years back I saw a presentation about the then absolutely revolutionary A320 by FS-Labs. A year or two before I saw presentations about PMDG Stuff. That stuff was really ground breaking. FS labs also took over and developed the Concorde model which drives the original Concorde Sim in Brooklands.

The presentation went into huge detail about what this things could do, systems, nav, flight dynamics. Yet, at the q n a round, questions focussed on graphics almost alone. Liveries, look at these light effects, look at the details on the wheels, the gears, how it shines, sparkles and shines. 90% of the folks, and those were simmers, did not give a warm fart about the work which had gone into those milestones of sim development.

There were sceneries which were of no practical use at all, either because they were of airfields which don’t exist at all or which concern the insides of terminals or the landside of airfields, details of cities and places which are irrelevant to flying. They sold like heck. Airports which had been done to perfection in terms of correctness but lacked overloaded graphics don’t sell.

So it is the natural consequence that mass products go to the google earth or bing landscapes and use those. I am long out of this business, so I don’t knoow what they expect, but there are maybe 100k serious simmers out there, as compared to 10 million copies which make a project like this worthwile for someone like MS.

The visuals are overwhelming, which is why it has basically outclassed everything else.

Try IL-2 or even better: DCS. It’s like saying that Coke has outclassed Tuborg beer and French wine because more people drink more Coke than beer/wine.

MS FS is like a McDonalds. DCS is like a Michelin restaurant and lots of others are like some hidden treasures you can find here and there.

Any of these got civil airplanes and you can fly over your house?
I thought so.

I have DCS with Oculus VR on a the best hardware I could buy early 2020, and have a throttle, stick, and good rudder pedals. DCS has good ground handling with their taildragger aircraft, like the P51, Christen Eagle II, and Spitfire, which is why I bought it.

I don’t use it much now that I’m flying, but it’s great for practicing engine failure just after takeoff, and of course flying under bridges and between buildings.

The VR is as real as being in an aircraft for me, but I did spend a lot of time on the settings – which are a real pain with DCS. No virtual reality sickness except if I crash, and I just close my eyes before the movement and I’m fine.

It includes a lot of aircraft that are fun to fly, and I’m told it’s very accurate for the Russian jets, but have no way to confirm this.

Some people get sick with VR goggles.


Some people get sick with VR goggles.

I’m guessing that the equipment they are using is not up to scratch. If there is lag, it can cause motion sickness. My VR goggles have no perceptible lag. I’ve tried some “low spec” VR and it was horrible, which is why I bought a good system. I’ve had other pilots visit to try it and all were stunned – they didn’t think VR could be that good, and my system is almost 2 years old. I’m sure that the current generation of processors, graphics cards, and VR headsets are even better.


Peter wrote: Some people get sick with VR goggles.

I’m guessing that the equipment they are using is not up to scratch. If there is lag, it can cause motion sickness. My VR goggles have no perceptible lag. I’ve tried some “low spec” VR and it was horrible, which is why I bought a good system. I’ve had other pilots visit to try it and all were stunned – they didn’t think VR could be that good, and my system is almost 2 years old. I’m sure that the current generation of processors, graphics cards, and VR headsets are even better.

Apparently, people get sick even with high-end device.


Any of these got civil airplanes and you can fly over your house?

Why would I do that? When flying in real life I do that all the time (my house is in the holding pattern

) I can’t remember I have ever played MS FS after that. At the university, one of my fellow students was all obsessed with it, landing his Lear Jet

Sims I remember:
F-117 (I think the name was) in the late 80s. Lots of fun. Then Warbirds in the early 90s (online game) At first with a US Robotics on analogue phone line (lots of years ahead of ot’s time). Later Aces high, late 90s/early 2000 (also online sim). Then X-Plane for lots of years. Tried a few others, but can’t remember the names. Today IL2 (the second gen) and DCS is unbeatable, but a bit hard/difficult. Don’t do much simming though. At least a year since last time, and it’s only “on” for a couple of weeks at a time.

LeSving
ENVA ENOP ENMO, Norway
330 Posts
This thread is locked. This means you can't add a response.
Sign in to add your message