2-3 years is an extraordinarily long time to spend. You would need a spare wife too, because she will be off with the milkman/postman/etc long before you finished

2-3 years sounds very quick for an RV. Build time ranges from around 1000 hours to 2000 hours depending on model and if you have a full time job (which for most people is true to be able to afford to fly) that means pretty much of the time you have left over to pursue hobbies is going to be dedicated to building. Most people seem to spend 5 to 10 years.

You only need a spare wife if you didn’t have the foresight to marry another pilot who also happens to like tinkering with aeroplanes!

2-3 years was for a quick built (as opposed to an ordinary kit). A quick built is pre made to the stage of exactly 49%

On the other hand, nothing prevents you from using 20 years on a quick built either, but 2-3 years is more than enough considering you manage to work on it at least once or twice a week on average, 2-3 hours at a time.

The usual excuses for not building is:

The usual reason for not finishing is lack of interest/commitment. Surprisingly (for some) it’s not any of the above factors.


The usual reason for not finishing is lack of interest/commitment. Surprisingly (for some) it’s not any of the above factors.

I’d say that that the main reason is that preciously few people really have the skill and time to do such a project and get fooled by the wish to fly a “cheap” plane they can do in their garage without really knowing what they are in for. If they don’t know how to put together an Airfix model so it looks halfways good, they should stay away from building planes…

For me it was never an issue, as I am (as my wife will testify) proud owner of two left feet where other people have their hands when it comes to handywork. But seeing how most average office chair polishers fail miserably even putting together an IKEA nightstand and then think they can build a plane, it’s simply gross overestimation of their own skill, not to speak time and will to forget a social life for 20 years only to find out that their construct will never fly as they run out of time, patience and money.

If we’re talking about quick build RV kits, the skill involved is relatively limited. They seem to be breeding like rabbits in my US area, although its true that some of them get sold before completion and finished off by builder #2. If its a quick build kit that the first builder couldn’t screw up too much, those can be a good deal. My impression is that virtually all of them are finished eventually. If you don’t want to build one, obviously the solution is to buy one that’s already finished, maybe doing some more limited work to configure it to your liking.

I find myself scratching my head at the idea that 2-3 years is a long time for a project, I see that as a moderate commitment to an aircraft that many will fly for the rest of their lives. Other people live their lives going from one project to the next, as a lifestyle, and I know several people who have built two (or even three) RVs, often selling them after completion. A guy I was flying with last weekend built an RV-6 first and then finished up a slow-build RV-3 this year because he wanted a single place hot rod (to beat the RV-8s

) as well as a plane for two. They now live one above the other using a lift in his T Hangar.

An old school homebuilt would be take more like 6 or 8 years of solid effort to build and I agree that when the commitment starts to be the better part of decade, its a big deal.


But seeing how most average office chair polishers fail miserably even putting together an IKEA nightstand and then think they can build a plane, it’s simply gross overestimation of their own skill, not to speak time and will to forget a social life for 20 years only to find out that their construct will never fly as they run out of time, patience and money.

Your cup is truly half empty

I would also think that people who generally believe the cup is half full, have a much larger chance of finishing. This spring I had a visitor all the way from Denmark and his wife. He was investigating building a Onex when he finally was finished with an Europa, and came by to see it in real life. He built this Europe together with 10+ others. They had used more than 20 years. In fact, very few of the ones who started the project also ended up finishing it, as new people came and old ones left. Anyway, they actually managed to finish it, and I’m sure they had no lack of social life.


Your cup is truly half empty

LOL, but I know where to go for a (free) refill

You might know that I used to spend a lot of time professionally involved with flight simulation. There, the story is the same thing, even without the idea that what people build might eventually leave the ground… Cockpit building has had a tremendous boom in recent years and there are very nice examples of completed cockpits, but they are also very few. Out of 10 people who start building, maybe 1 gets to the point where he can fly at all and one in 50 get something which gets a true Wow experience.

I flew in one of the latter not too long ago near Munich. Wonderful build into a real shell of a Caravelle III which had been sitting rotting away at the Jean Salis Foundation for decades until the current owner made a sim out of it. 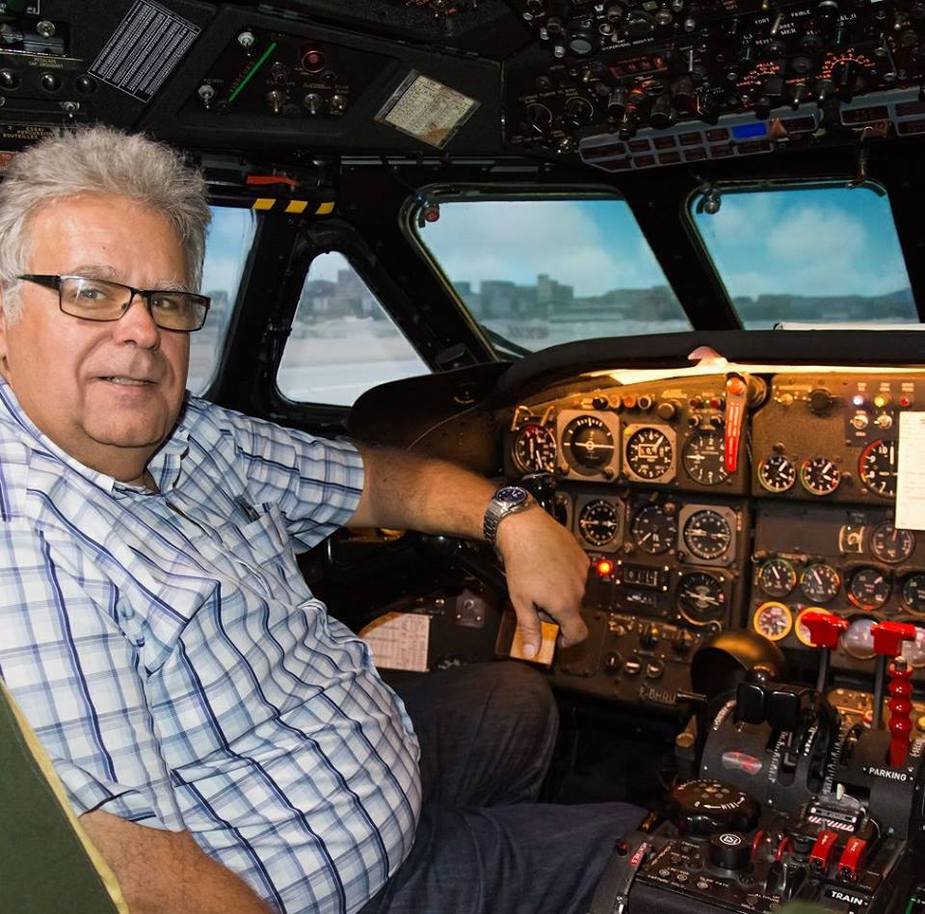 But most of the started projects end up on e-bay where another hopeful is going to buy it and try to make it work. Quite a few started cockpits end up on the rubbish heap after having spent the equivalent of a well equipped real life 4 seater into it.

Most people seem to spend 5 to 10 years.

An old school homebuilt would be take more like 6 or 8 years of solid effort to build and I agree that when the commitment starts to be the better part of decade, its a big deal.

It seems clear that those who start building and work until it is finished, say 3k hrs later, must be a very small group. It is a massive chunk of your life. Personally I know many homebuilt flyers but I know only about 1 who actually built the plane he flies (and that one is very well built – he is a good engineer). Well, there was one other but that one was delivered something like 90% assembled; they had to screw the engine on and wire up the panel etc. One other plane I know a bit about took best part of 30 years to build but I never met the builder (and it was well bodged).

The process is undoubtedly fun if you like that way to spend your free time but it doesn’t seem to be a viable way to get into GA unless you are so massively short of cash that you won’t be flying much after you finish.

The process is undoubtedly fun if you like that way to spend your free time but it doesn’t seem to be a viable way to get into GA unless you are so massively short of cash that you won’t be flying much after you finish.

Holy cow… that’s quite a statement

Why the UK environment would generate such a dismal perception, I have no idea. Locally, I know probably about 20 people who have initiated and finished homebuilt projects, and (as I mentioned) several people who have initiated and completed several such projects… Last weekend a group of us here in the US decided to explore a somewhat remote airport based on a rumor that the runway had been repaved. The group ended up being me and four other planes, mine was the only non-homebuilt and actually the only non-RV, with two of those four having been built by the pilot (and RV-8 and an RV-6), plus two RV-4s bought used. That’s not an atypical situation, I am often the odd man out with a factory built plane.

The one that took a really long time to build locally is a GP-4, The owner finished it about 25 years ago and has been flying it since. More recently he completely rebuilt a Piper Pacer (PA-20/22) from the ground up, so now he has a fast plane and a bush plane to choose from.

I will say that a lot of the local projects are competed by people either retired or semi-retired, and that certainly makes things move faster.

I had never heard of a GP4 until now. I think it has a lot to thank Stelio Frati for…..

If I’m not mistaken this is the GP-4 I mentioned. I think the photo was probably taken years ago but it looks the same today. It’s a very fast plane. The canopy was reduced in height to suit the small stature builder, he’s never had any intent to sell it. I can’t even get in! 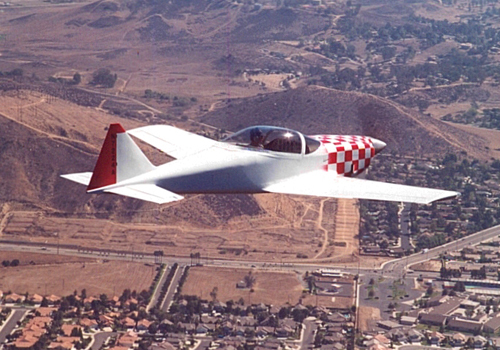 Silvaire
USA
30 Posts
This thread is locked. This means you can't add a response.
Sign in to add your message