Forum → I Learned About Flying From That

Winston Churchill Jr (grandson of the famous one) was a active GA pilot. He held an FAA ATP and I would give him a lot of credit for that

This is from FLYING MAG I Learned About Flying From That 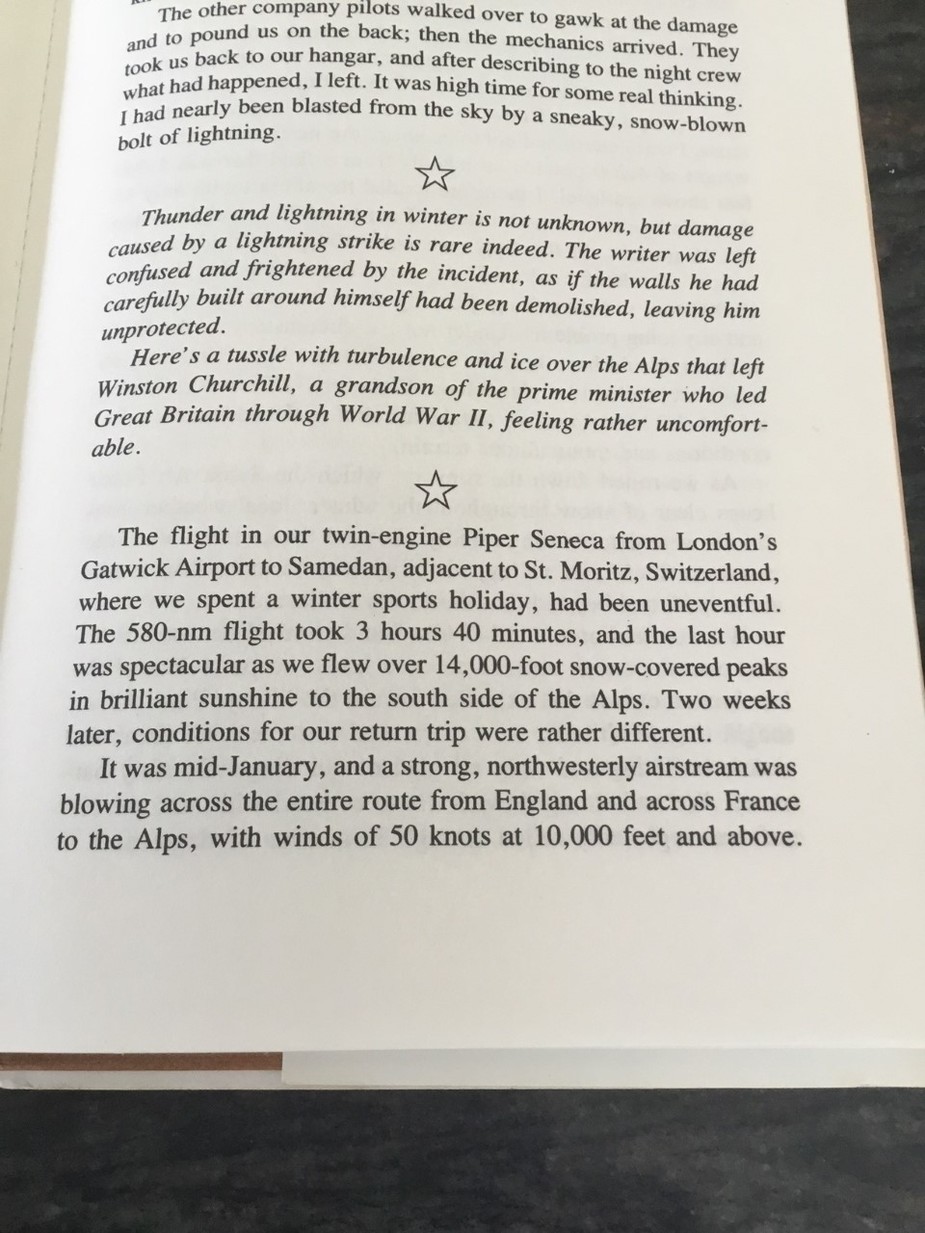 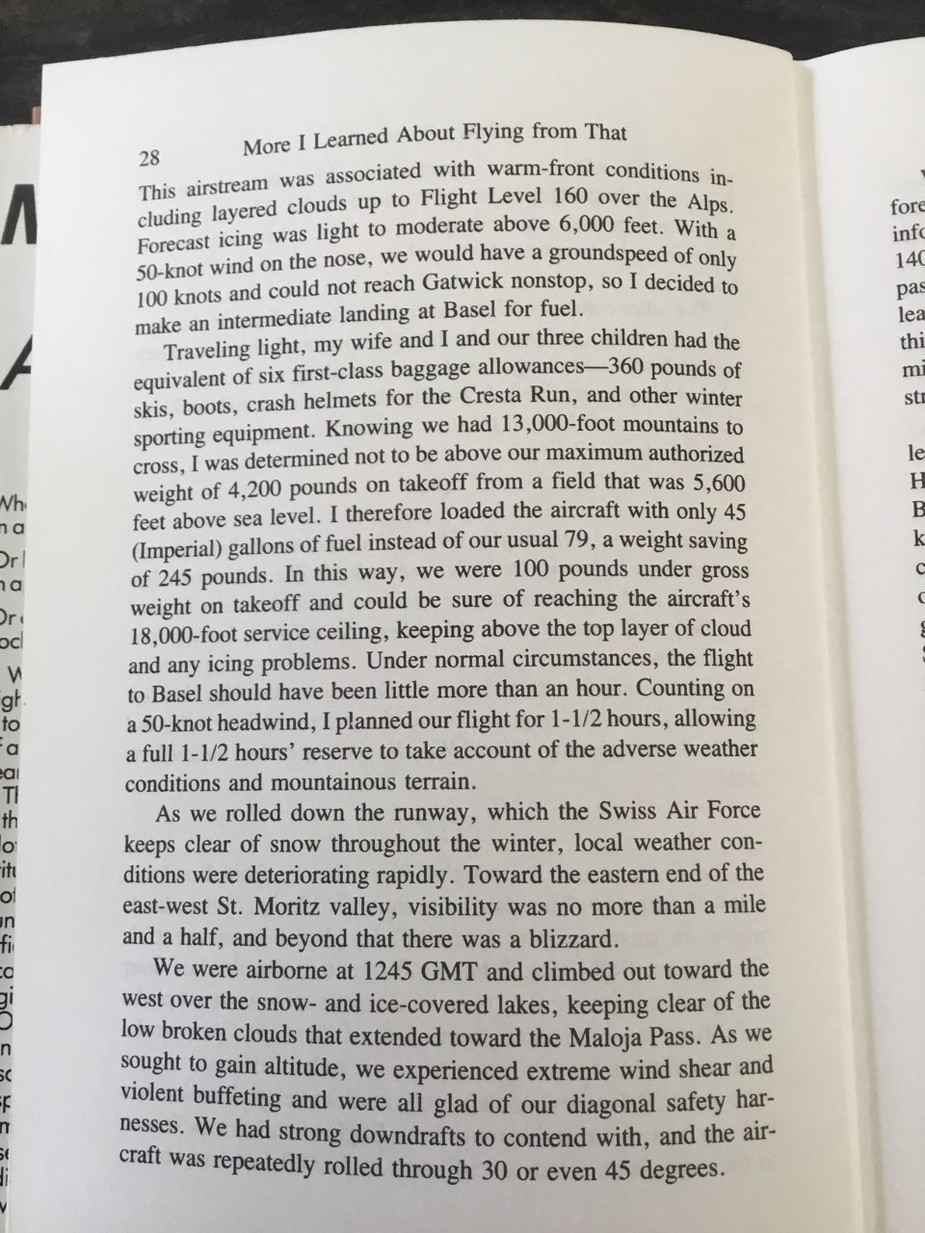 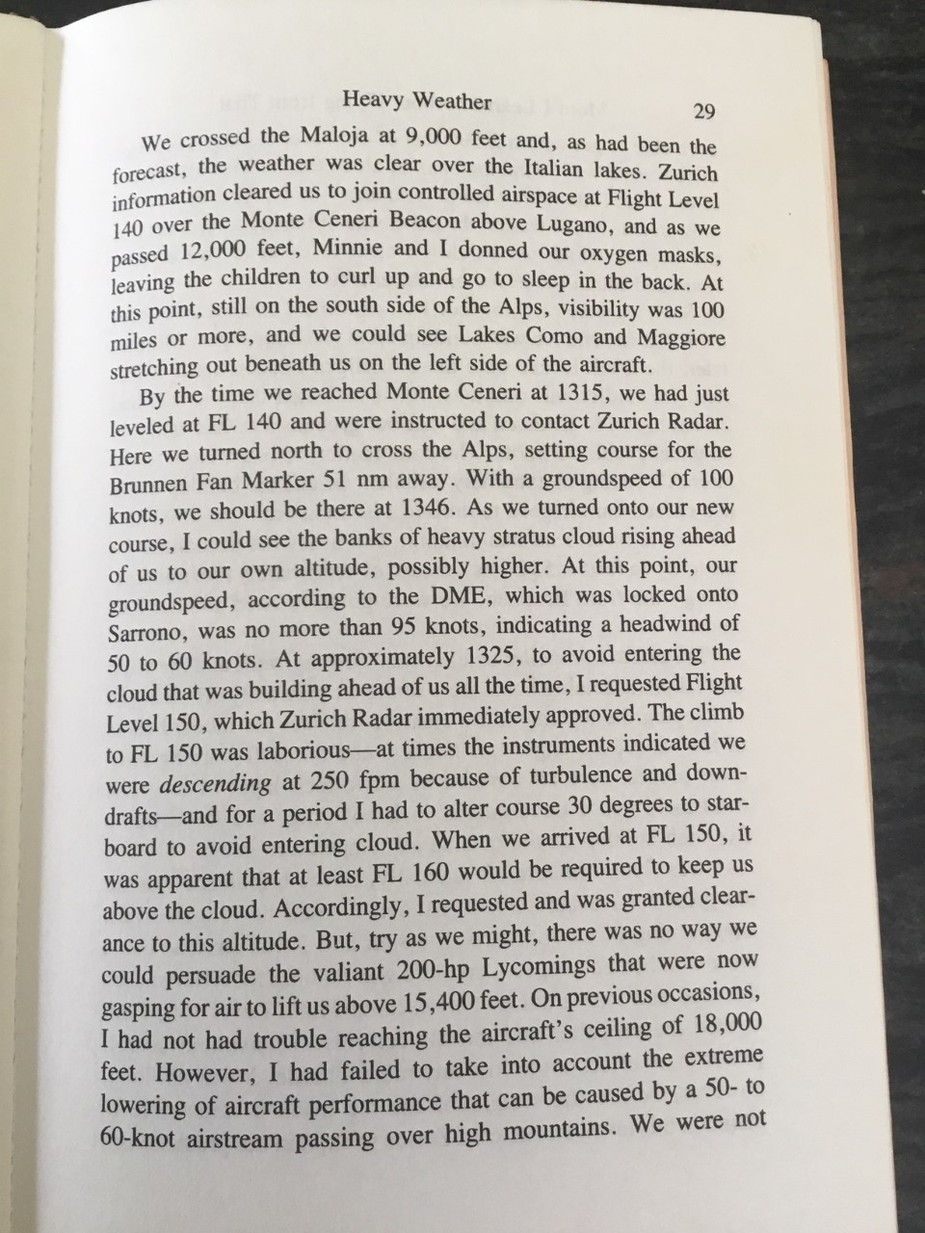 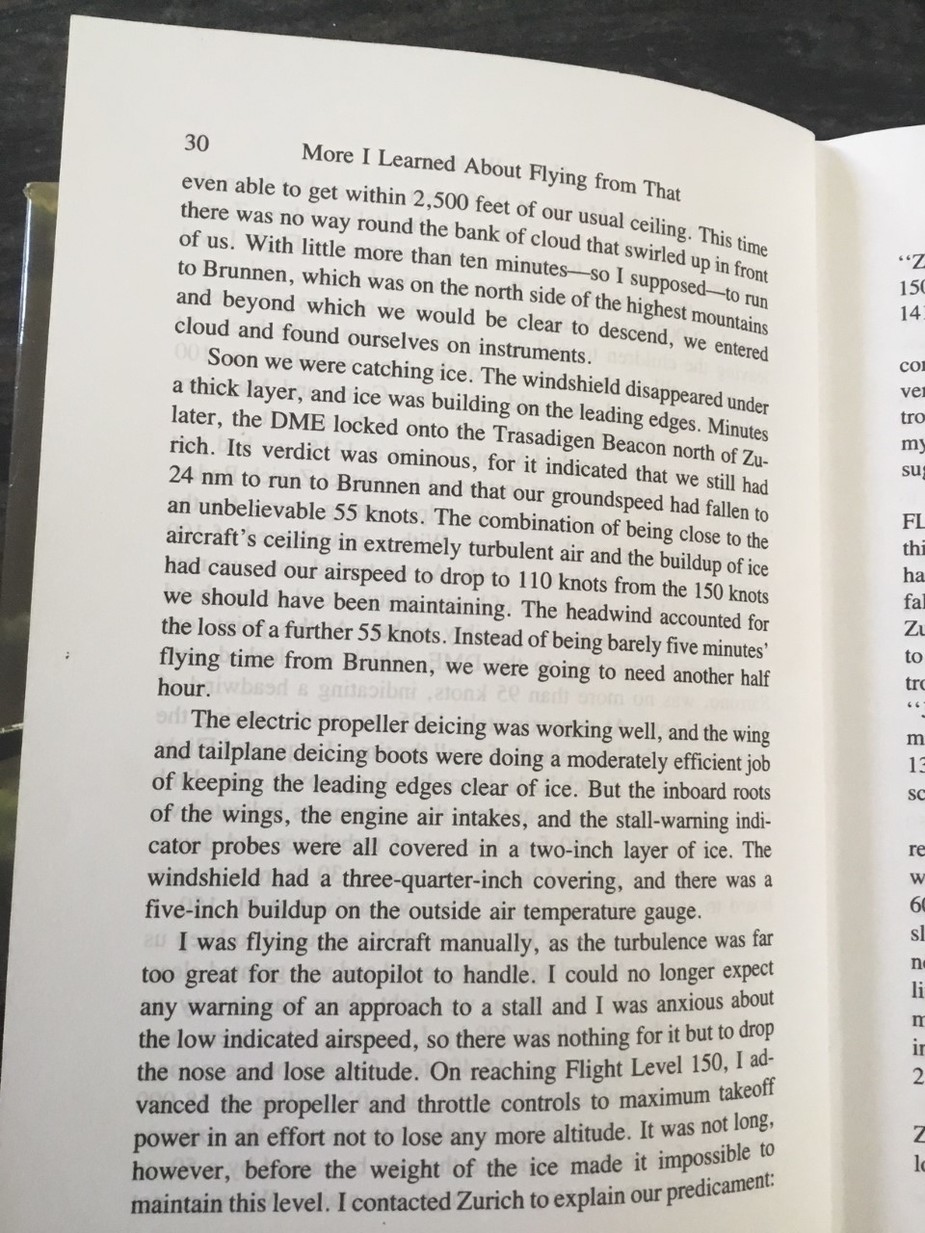 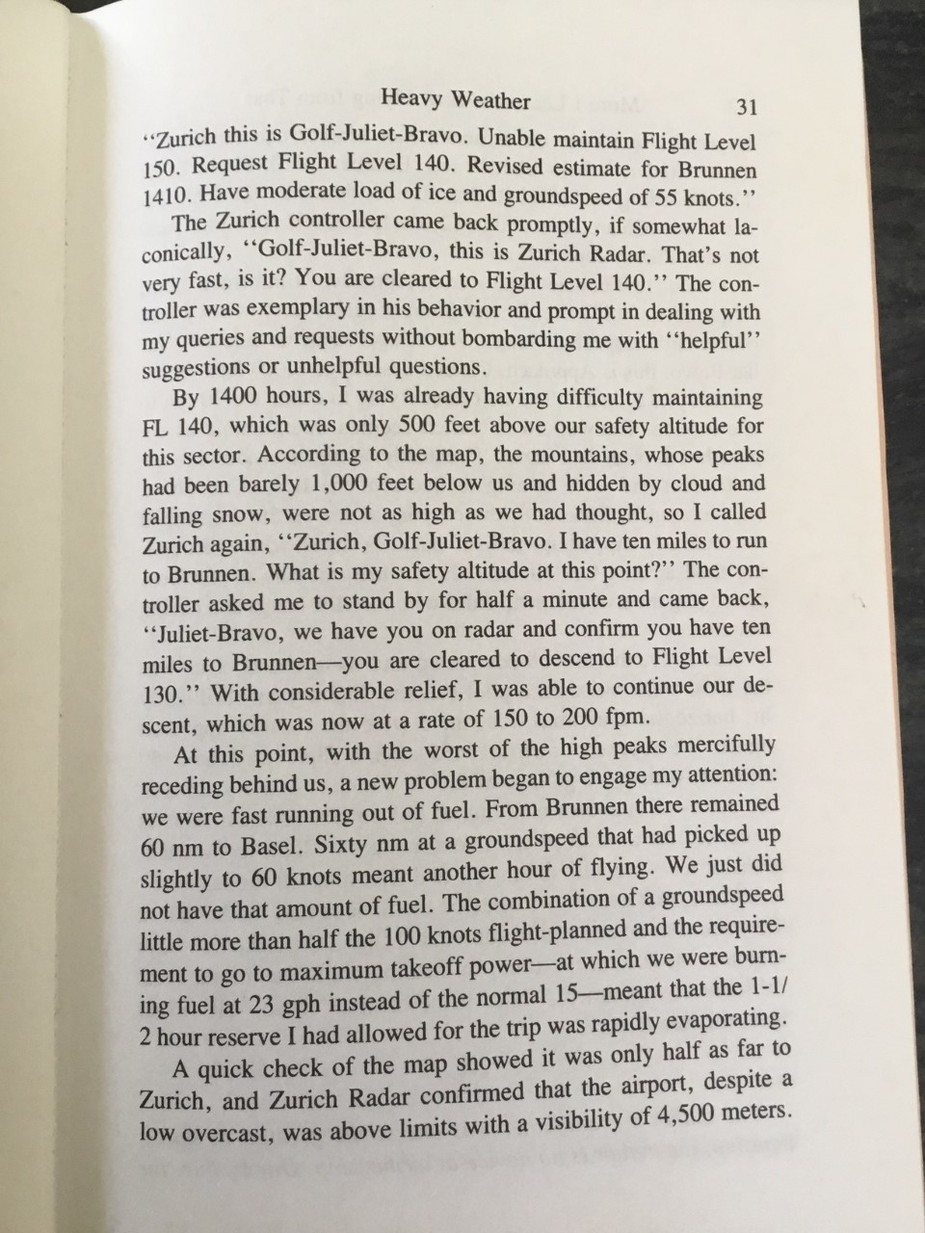 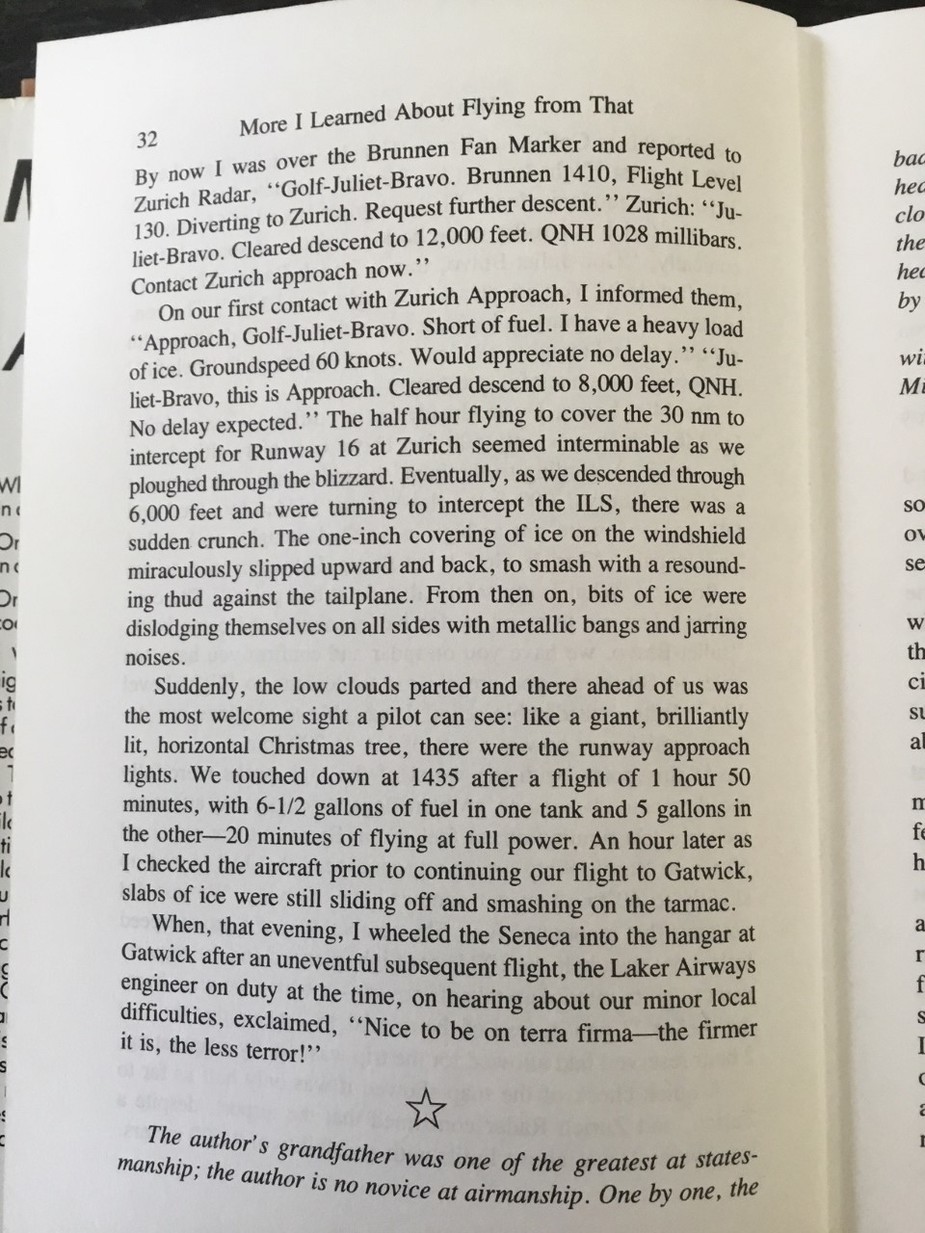 Quite a trip report I must say.

This appears to be a Seneca I… amazing read in any case. 1-50 from Samedan to Zurich must be an all time record.

Long time ago by the looks of it…. Brunnen and Ceneri Markers disappeared ages ago.

Do you have an ISBN for that book? Looks like it’s worth reading.


Do you have an ISBN for that book? 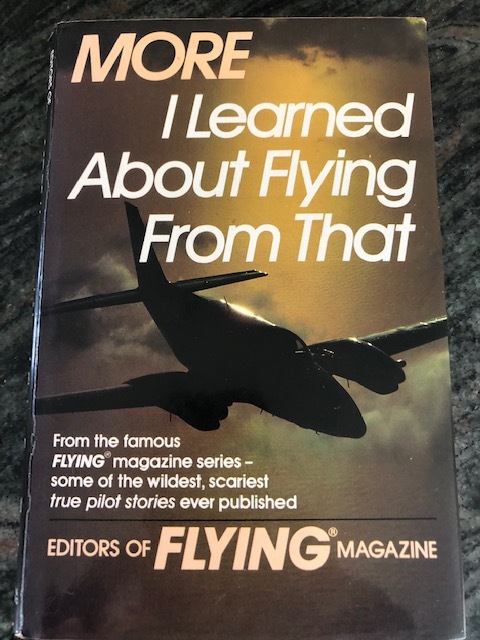 ABE Books was a good tip, thanks @quatrelle . Ordered it today, let’s see when it gets here.

This says it all

I recall Mark Thatcher kept a twin at Gatwick also.

Well, when was that? From the fact that he flies a Seneca I I would expect about 71-72?

Was it still possible to fly small GA out of LGW at that time? I would not know, first time I arrived in the UK was around 1980… into LGW on a Bcal 1-11.

LGW landing fee was £80 about 10 years ago. It was Harrods Handling, in clear collusion with LGW “management”, that added the other £400+. I don’t know how much Signature charged back then but now they are the sole handler, again in obvious collusion with the airport “management”, and their costs, 2018, are here. I believe you can now pay close to £4k for a TB20, if you turn up late.

These guys were seriously well off politicians, with fingers in various foreign deals as politicians tend to have. The best are arms deals, and the best of those are where you sell to both sides you it is a win-win and 2s the revenue

But seriously GA was so much more accessible back then. You could be based at Stansted… not so long ago. Churchill Jr died in 2010.

The other thing which strikes you reading that article is what sort of adventures people had when they didn’t have internet data, etc. Notams didn’t exist either; in fact they didn’t (de facto) exist when I started flying in 2000. It was a different world. I think today’s GA is safer but only because far fewer are flying serious trips.

Had a quick plot of the route… Samedan via Ceneri (near enough Locarno), Brunnen and then to the north for the ILS Approach 16 indicates a very rough 160 NM, so about 1-15 flight time. So he “only” lost around 35 minutes flight time in wind and ice.

1971, what met information would he have had available, not a fraction of what we would have now. With a non-turbo Seneca I quite a feat. 45 imp GAL (54 USG) for 3 hours endurance, not sure about that at all. A Seneca I burns about 20 GPH at 65%….

Well, he learnt about flying from that I suppose. I quite liked the Seneca I, particularly the one we had which had Rajays, but it never has been much of a range queen. Samedan to LGW is close to 4 hours without wind in that plane, that is around


Ordered it today, let’s see when it gets here

This may be a record ?

It was ordered online at around 1600 UK time, the dealer Ainsworth Books BC Canada must have put in in the UPS box within 10 mins of getting the order, it arrived here in the UK at midday the next day, that was 20 hours from order and several thousand miles.


Notams didn’t exist either; in fact they didn’t (de facto) exist when I started flying in 2000.

In my first flying life (1983-1997) I visited most countries in Europe (except the then East Bloc), including the UK. There was never any problems getting NOTAMs. Most NOTAMs were sent weekly by paper mail and my club had a binder that you had to check. You would get more recent NOTAMs by phone from a briefing office. If you visited a briefing office personally (they were much more common at that time) you could get a printed NOTAM bulletin. Swedish AIS had a fax service for NOTAM and MET information. My club had a fax machine for this very purpose. I had one at home, too. Cumbersome? Sure! De-facto non-existent? Certainly not!

Airborne_Again
ESKC (Uppsala/Sundbro), Sweden
27 Posts
This thread is locked. This means you can't add a response.
Sign in to add your message

The most scary trip report ever
Famous people who fly
Which members of your government are GA pilots?
National CAA policies around Europe on busting pilots who bust controlled airspace (and danger areas)