Do you think a significant SNP victory will lead to IndyRef2? From my understanding, London would have to authorise that, which Boris Johnson is not inclined to do.

That didn’t stop the Catalan separatists from holding a referendum.


That didn’t stop the Catalan separatists from holding a referendum.

One can always hold a referendum, but I believe the SNP are keen to avoid any smell of illegitimacy and would not want to be in a position of trying to secede from the United Kingdom with the government in London able to make the simple argument that the referendum was not sanctioned and therefore does not count.

AIUI, nothing stops the Scotish govt from printing the ballot papers and running it. Same as in Spain. My village could do the same thing.

He can’t realistically accept it. If he did, what would we end up with in Scotland? An economic and social wasteland. Scotland is a huge net recipient of wealth, due to social security payments. Same as N Ireland (that one is £9BN/year; not sure about Scotland but it will be much more). It would be like East Germany. If Kohl has not spent the 1 trillion DM on it, E Germans would have come to W Germany and the DDR would have become a wasteland (his own words, IIRC). Scotland would get huge emigration to England – basically everybody with enterprise and opportunity would pack up and move (as happens in all migrations).

And all Scots have a UK passport, which would have to be cancelled – can you imagine the uproar? This is unimaginable, in the UK, against its history of the last few centuries. I mean, the govt can’t even get agreement on whether to issue vaccine passports

And who would pick up the tab in the end, for the region which went independent? The obvious answer, which nobody will say openly, is: Brussels. That is Nicola’s long term strategy, along with a huge and unrealistic shopping list of things to take, and another long and unrealistic list of obligations to wash her hands of. The details can be found online – they are barking mad.

Same for N Ireland joining up with S Ireland. The Irish PM has already stated he isn’t going to pay the 9BN/year to prop up the social security spending there, so the only way that would work is if Brussels paid for it, and/or the UK paid for it but while the UK might hand over N.I. with a one-off payment it would not pay for it long-term so eventually Brussels (i.e. Germany) would have to pay for it. I wonder what German taxpayers would think of taking on N.I. and/or Scotland? Brexit has already hit the EU budget.

Anyone wondering about the viability of this stuff should jump in a plane and fly over N.I. or over Scotland, and look down, look for the vast areas of wealth creating industrial infrastructure, spread out as far as the eye can see


That is Nicola’s long term strategy, along with a huge and unrealistic shopping list of things to take, and another long and unrealistic list of obligations to wash her hands of. The details can be found online – they are barking mad.

That stuff was gone through prior to IndyRef1 and was indeed crazy. They had all these insane ideas like they would get to keep X% of the BBC and other bits of socio-economic infrastructure, and various regiments of the British Army, and Y number of fighter jets and Z number of Royal Navy ships, plus a really generous % of any national asset that generated income. Then of course they rejected the idea of taking a % share of the national debt.

The reality is that iScotland would have zero negotiating position with the rUK. Look at how difficult a position the UK was in negotiating with the EU, and that was when the UK actually still had something (not much, but something – a market for buying European cars and some good fishing waters) that the EU wanted.


If he did, what would we end up with in Scotland? An economic and social wasteland.

Which of course is their problem once they are independent.

It would be “their problem” but the UK (what would be left of it) can’t watch a humanitarian tragedy evolve on its doorstep and do nothing.

Regardless of citizenship etc, there will never be a viable border, so there would be a huge wave of migration.

Go to Scotland and check into a hotel. Most of the staff is from Poland, Hungary, Romania, etc. Curious, I ask the manager why. The locals won’t work in hospitality – it’s beneath them, and they get more off the DSS (i.e. from London) for doing nothing.

England would be richer without Scotland but only for a short time, before the whole thing implodes.

Ah no, oil is not the future. At least I hope it isn’t. I may be one of the few on this forum who hope that 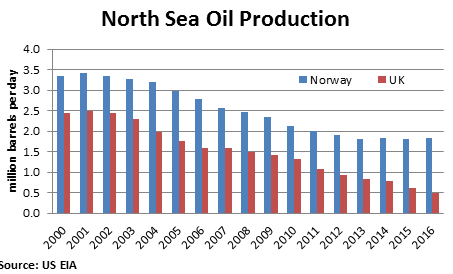 The trouble with financial subsidies (either through handouts or positioning of civil services) is that no region weans themselves off them, until they have on other choice!

No doubt both independent Scotland and independent Northern Ireland would eventually sort their economies out if they had to, but not until things were brought to the brink of disaster.

Would N.I. ever be independent? I thought the only option is to join the south.

It isn’t clear how Scotland could survive alone, unless they managed to get an amazing shopping list fulfilled.

Peter
Administrator
Shoreham EGKA, United Kingdom
2632 Posts
This thread is locked. This means you can't add a response.
Sign in to add your message