Russian war in the Ukraine

The main issue is that they have loads of S300s and have modded them to be GPS guided, for ground attack.

And Ukraine is full of Putin lovers who are texting the russkies with GPS coordinates of anything which remains in one place for too long. Their security people are picking them up all day (because they are stupid enough to use SMS and such) but there is probably a million of them.

Then there are the Iranian missiles, and suicide drones. The latter are used in big volumes to overwhelm air defences.

Our leaders did not use outright lies and deception in a way those whom I mentioned or hinted at did. Rather, they were naive and deceived mainly themselves.

That’s a ‘nice’ way of looking at it, and I’m sure for some it’s true – they were just stupid, not deceptive. For others, as with any political class anywhere, the objective is to control and harness the population and establish a state sponsored class system with themselves at the top. They see that hierarchy as the natural order, and meritocracy as a threat. Reducing the availability of energy to the masses on the basis of quasi-religious environmental sermons is one tool in achieving that end, and deceiving the population that the use of Russian oil was only a short term fill-in strategy is one way, in the fullness of time, to make sure energy scarcity becomes a reality. Without scarcity politicians have no power so they do not often seek abundance.

There is now a broad consensus that we need to dramatically improve our defense forces as well as secure alternate energy sources rather than keep relying on non-democratic countries like Russia for our needs.

Which is of course exactly what others, including the US, have been telling Europe for years while Europeans vilify them and their leaders for telling you the truth. Then given no other choice, others including the US now provide the resources to rescue Europe from itself (again).

I just used my spare cash to purchase $110K of US Treasury bills so have made my contribution to bailing out Europe. Call it War Bonds if you like

There are regular rumours going around about deals being discussed with Putin. I am sure most of them are untrue and perhaps are intended to firm up opposition to a deal.

The last one was that he will be offered Crimea, and no NATO membership for Ukraine for 9 years. This seems daft because who controls Crimea controls the Black Sea as regards anti shipping missiles, and with the bridge repaired (which is a certainty) Russia will be able to re-invade and have another go, perhaps moving fast to cut Ukraine off from the Black Sea coast.

But unless there is a regime change in Russia, Putin needs to be offered “something” – a ladder to climb down.

All the ex communist/socialist countries have a large % of saboteurs / informers / 5th columnists / lazy people for whom the old system was ideal. In Czechoslovakia it was around 5%, so e.g. with 10 people in your office there was a fair chance of one of them listening and reporting on what you said. In the DDR it was said to be higher; they were better organised, and it was more like 10%. In Ukraine, maybe 5-10%. And that is a huge number of people who want to destroy the country and take it back to the good old Stalin era.

Why not give Putin a strip of land along the east coast? It is already packed with Russians, pro-Russians and other brainwashed people, who will never change. The best hope is that they will put their money where their ideology is and move to Russia, but they won’t do that because they know Russia is a shi*thole; their army is stealing €200 Indesit washing machines for a good reason!

So, probably everybody is hoping for a regime change, with one survey showing 80% being against the war. And Ukraine is getting stronger all the time so why should they negotiate?


This of course also applies to most of the other western weaponry delivered. All NATO members will be certain to take note which systems perform well and which don’t.

For sure. NASAMS has of today 100% hit rate on incoming Russian missiles. But Ukraine is a really big country.

What I wonder about is when Ukraine gets some western combat planes (F-16 most likely because there is an abundance of them). It’s bound to happen at some point, or the Ukraine air force will surely be grinded down.

Someone said the F16 is not great for Ukraine because the runways are too rough for its nose gear, and that’s prob99 true

What do you guys reckon’ might be suitably sturdy western combat airplanes for the rough environment in Ukraine?

I’m sure there are lots of choices, but would they be available in good numbers?

There was talk of A10s at some point. Gripens. F35s could manage. Perhaps LeSving can comment on f16s and runways?

A10s might make sense, if Ukraine could operate them and if other assets could defend them adequately.

Otherwise and with that in mind the US has eleven of these. I think before the Ukraine were to fall, several would be in the Black Sea. 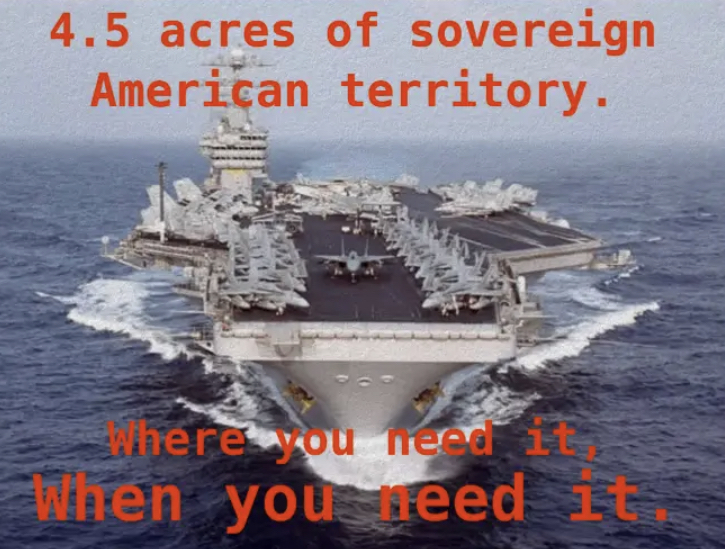 I’m not convinced about that. I’m sure the Ukraine is getting help with intelligence and we know they are getting help with training and supplies of equipment + some volunteers, but is there that much of an appetite for getting involved directly?

I have never heard of any weakness of the nose wheel on the F-16. The Norwegian F-16s were especially made for short/icy fields with a drag chute. It also has a hook, same as carrier aircraft. I think all American fighters have hooks as standard btw, but a chute is very special for the F-16. Same for the F-35 (The Norwegian ones have hook and chute, perhaps all of them?). Read an article about test flying the F-35 with hooks and drag chute in icy conditions in Alaska some time ago. It was done by a Norwegian test pilot among others. The hook in particular, will slam the nose into the runway with a force like nothing a “bad” runway will create. They use/test the hook regularly, and the drag chute is always used in the winter.

They are built like tanks in that respect. The weakness of the F-16 for ground operation is sucking stuff into the air intake of the engine. I have seen big blocks of ice been eaten up by them

No worse than the B-737 though, they literally eat snow and ice for breakfast. Ice won’t do much harm, but stones will. The runway and taxi areas must be free of larger stones.

Russian aircraft are built for rougher strips perhaps. At least the Mig-29 can close off the air intake during taxi to prevent it from eating sand and stone. Perhaps a notch better in this respect, but none of these aircraft are bush planes

LeSving
ENVA ENOP ENMO, Norway
1481 Posts
This thread is locked. This means you can't add a response.
Sign in to add your message