If anyone wants one, the poster can be bought online here

There has been an evolution of club aeroplanes, from ex-WWI planes, now-forgotten types funded by the Aviation Populaire*, to L4s left behind by the USAAF in 1944. Post-war the Stampe SV.4 was manufactured under licence in France in large quantities as a military trainer, which soon filtered down to aeroclub level. It was replaced by the Morane Rallye after a government requirement, and there was a boom in self-designed aircraft e.g. the early Jodels, Piel Emeraude and Nicollier Menestrel. Despite miscegenation from Cessna and Piper

*The Front Populaire was a short-lived left-wing coalition government in the late 1930s that implemented many social reforms and invested heavily in grass roots aviation, democratising flying and animating the aeroclub system and aviation industry.

The FFA publish a short overview of the fleet in its associated clubs at the AGM which I’ll find and post. 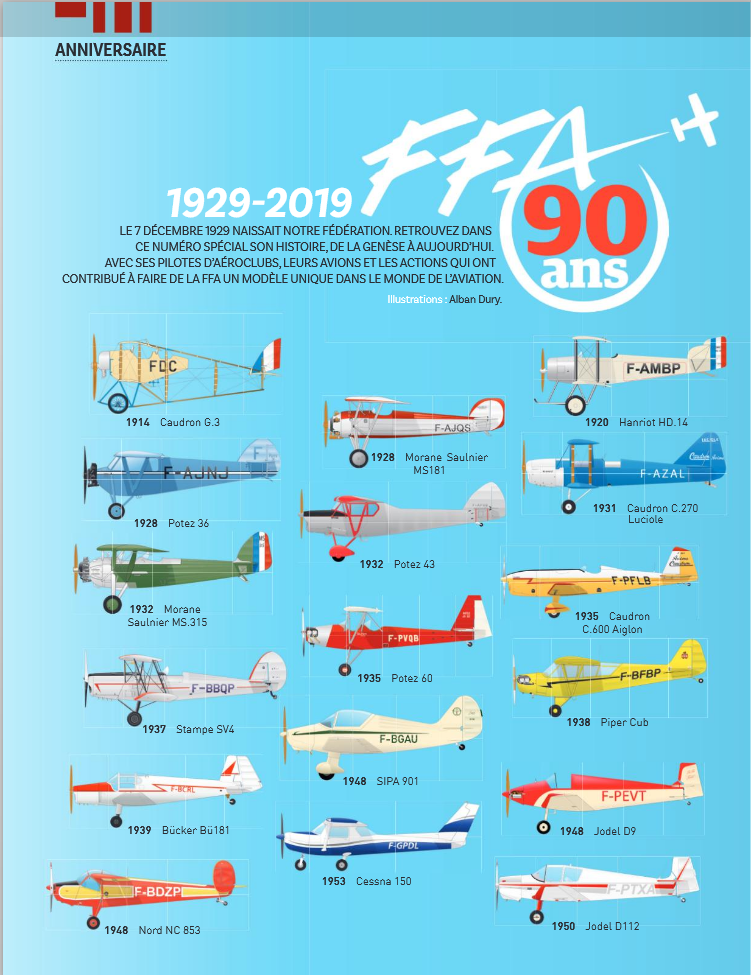 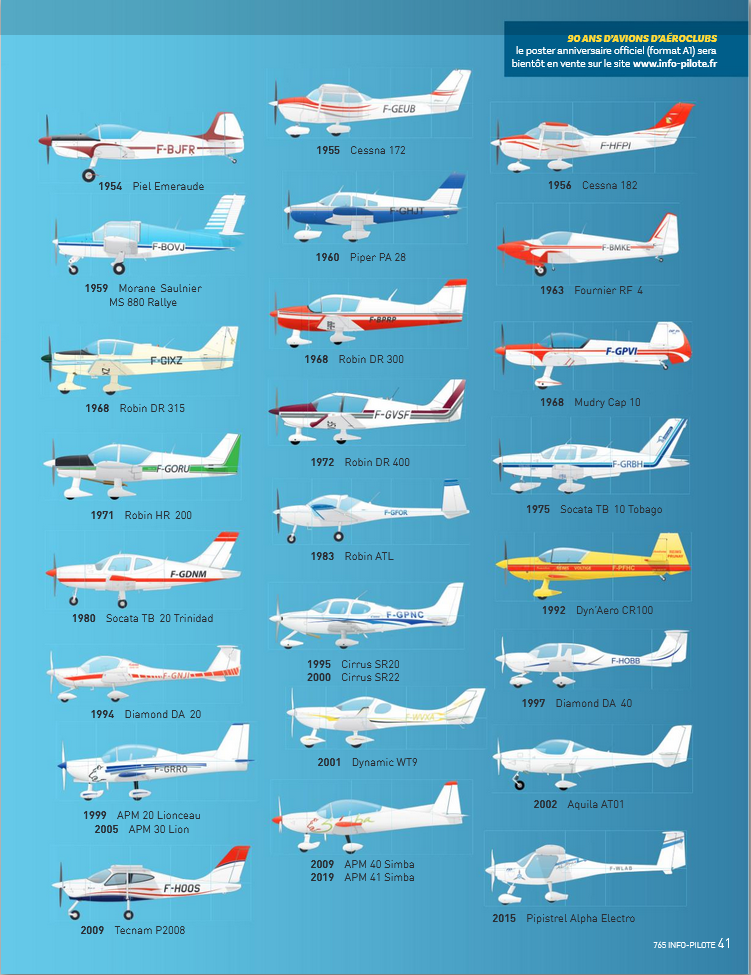 M20J AT with dual breaks 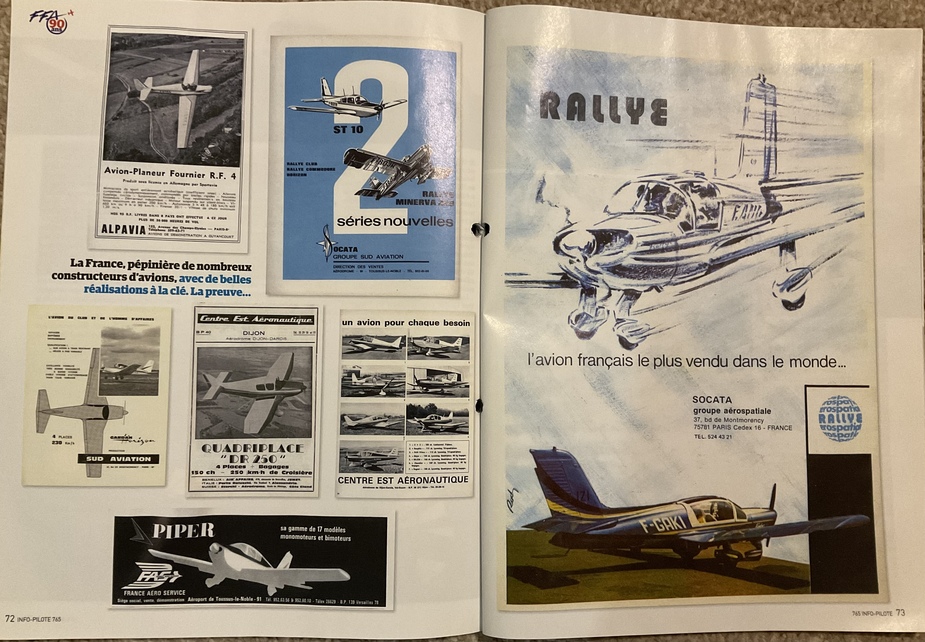 
The FFA currently has 2,300 aircraft in its clubs, the majority being:

The original graphic from the magazine:

Well found @Capitaine and thanks for posting. Do you know if those figures also include the aircraft belonging to non affiliated clubs.
I’m also surprised there were no Mooney as it was French for a while. Also no Wassmer.

No Jodel DR1050 on the poster. I thought they were almost all club planes until replaced – and many bought cheap to the UK.

I’m looking up aircraft types on F-INFO and counting the ones owned by aéroclubs, and assuming they are affiliated. Obviously this is only F-reg; e.g. the club at Merville has an N-reg TB20 and OO-reg C150, which aren’t counted. It also doesn’t count club aircraft owned by private individuals or leased from the manufacturer or importer. From memory this is about 15% of the fleet, and is a recent phenomenon.

Since GDPR previous owners are no longer listed so there’s no easy way to work out the historic fleet composition.

The recent trend toward leasing is worth some analysis as it means club mindset is changing. There is a movement in larger society away from ownership, e.g. streaming subscriptions, Uber instead of a car. With increases in the prices of new aircraft, club subsidies (€30k & VAT exemption) are proportionately much less than in the past. Leasing helps short-term cashflow problems, provides access to brand-new aircraft or a more varied fleet, and limits downtime (drop off one plane for annual and fly an identical one back). There’s also simple quid pro quo: ‘a hangar space if you lend us your plane’. Anecdotally the aircraft that cost little or nothing (Popular Front, war surplus) were badly looked after by members and/or management, which is an argument in favour of ownership.

I can’t remember ever flown a French aircraft, hmm.

LeSving
ENVA ENOP ENMO, Norway
21 Posts
This thread is locked. This means you can't add a response.
Sign in to add your message