Yesterday, I had to drop my aircraft for some maintenance at LeTouquet and return back to Rouen, a UK friend arranged to come from North Weald to pick me up at LeTouquet in his Piper Sport and drop at Rouen, so we took the opportunity to visit some airfields in NW of France as these are rarely visited by Brits since 2015, actually, rarely visited by anyone these days ! 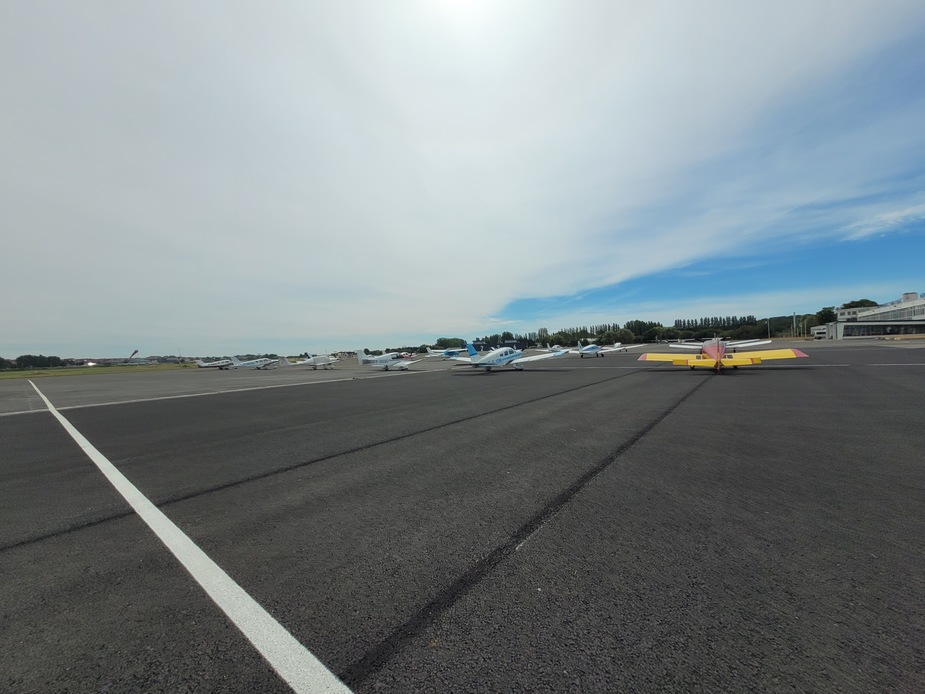 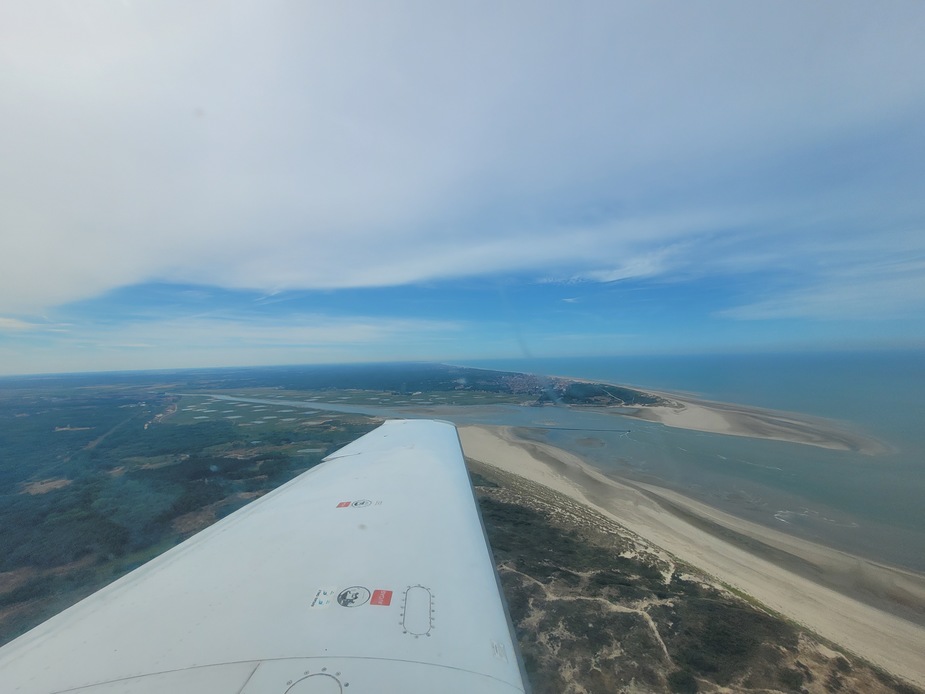 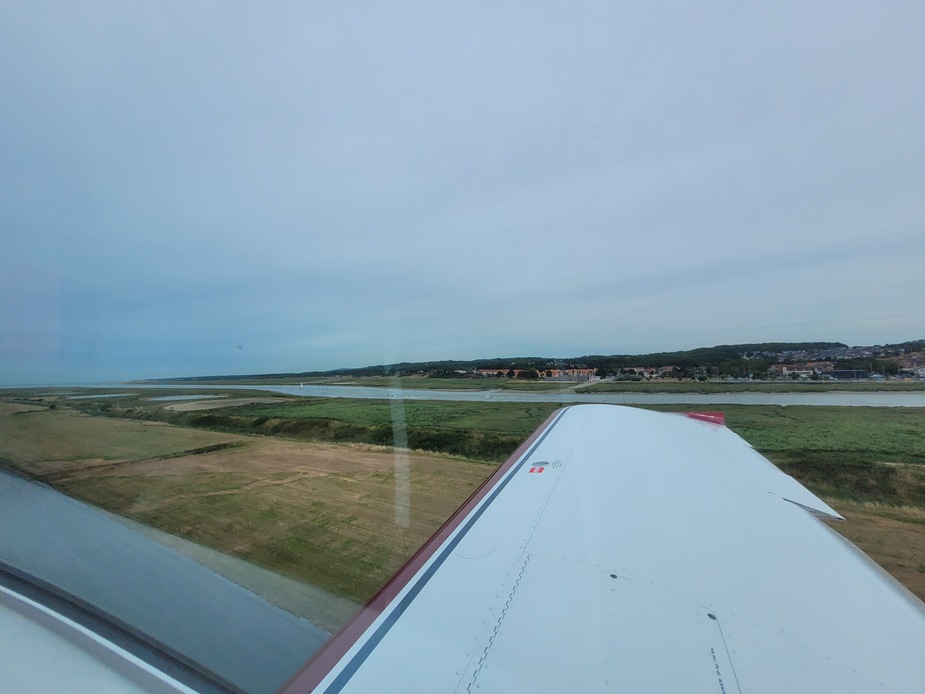 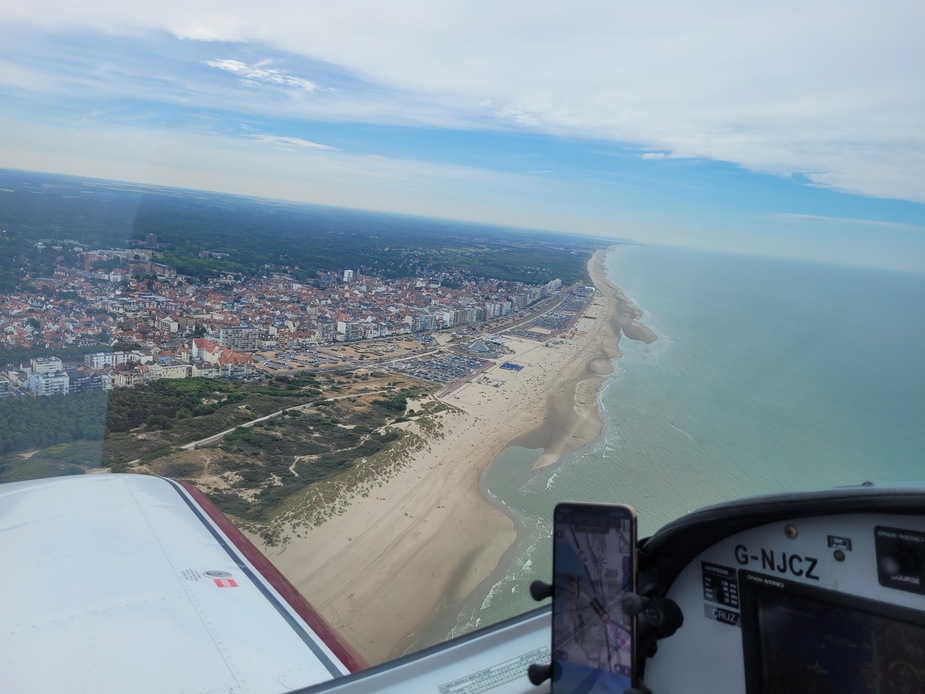 Nice hard runway very scenic circuit over the hill, plenty of “posh visitors”: PC12, SR22, C210 and busy circuit on arrival, 10min taxi to town is 20€, no landing fee but donation to honesty box is appreciated, 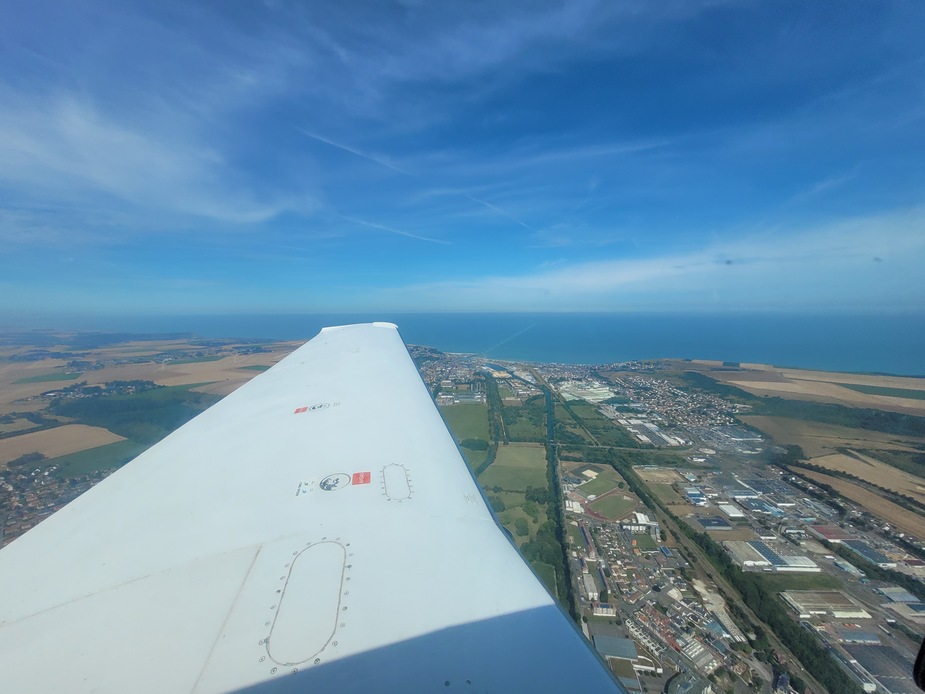 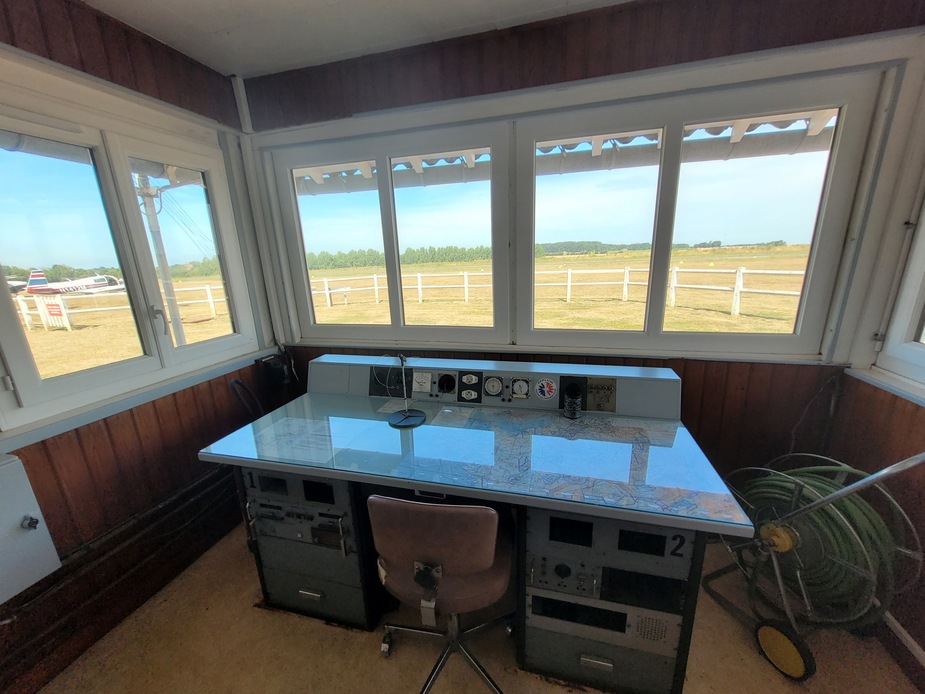 AIP/VAC is erroneous: says customs O/R but no longer on lists of AIU airports since 2017, the guys from aeroclub and gestionnaire have no idea, they mentioned something unrelated about flight plans and gendarmes (as usual one need someone who does that flying), when I asked customs by phone, they told me VAC is not up to date and it’s not an AIU airport, bizzarly, Annemasse (LFLI) has similar situation: AIP entry and not on AIU lists, still ok for Switzerland, go figure !

One of the rare airfields where one can use English (NOT FR ONLY), it’s no longer a customs airport now (except on special arrangements like the June Cubs landing on Crotoy beach or as part of some group arrangements, the mayor arranged for Turbulent Display team while ago)

We had lunch there, the restaurant is super nice and there is accommodation in airport, landing fee for ULM is 5€ and Avion is 10€, we payed 5€ as PiperSport falls under ULM according to the ACB guys

Plenty of seals on Baie De Somme, putty one has to stay above 800ft or pay for those boats to go closer 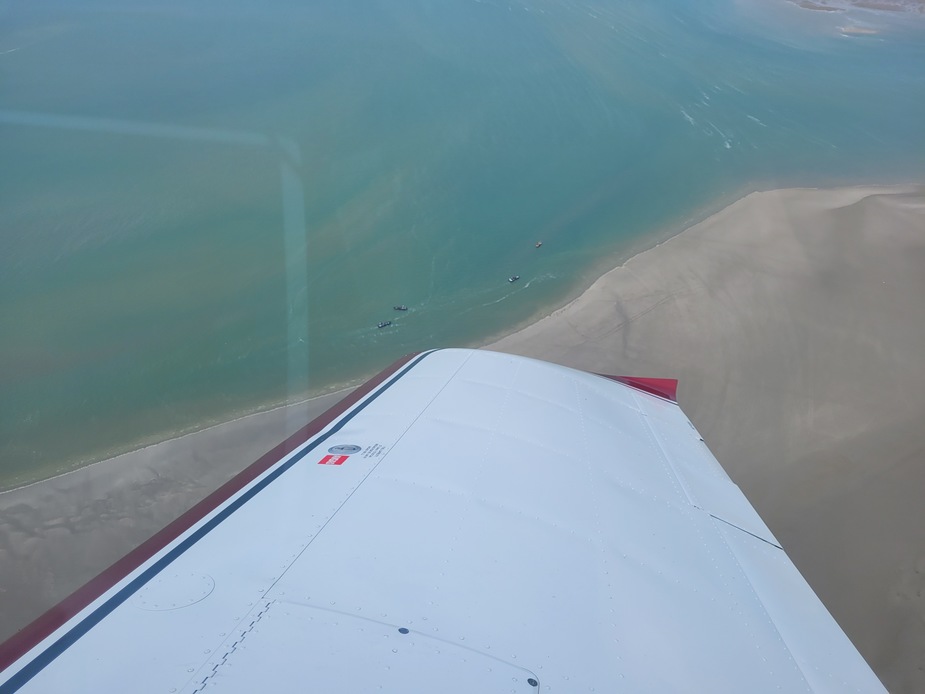 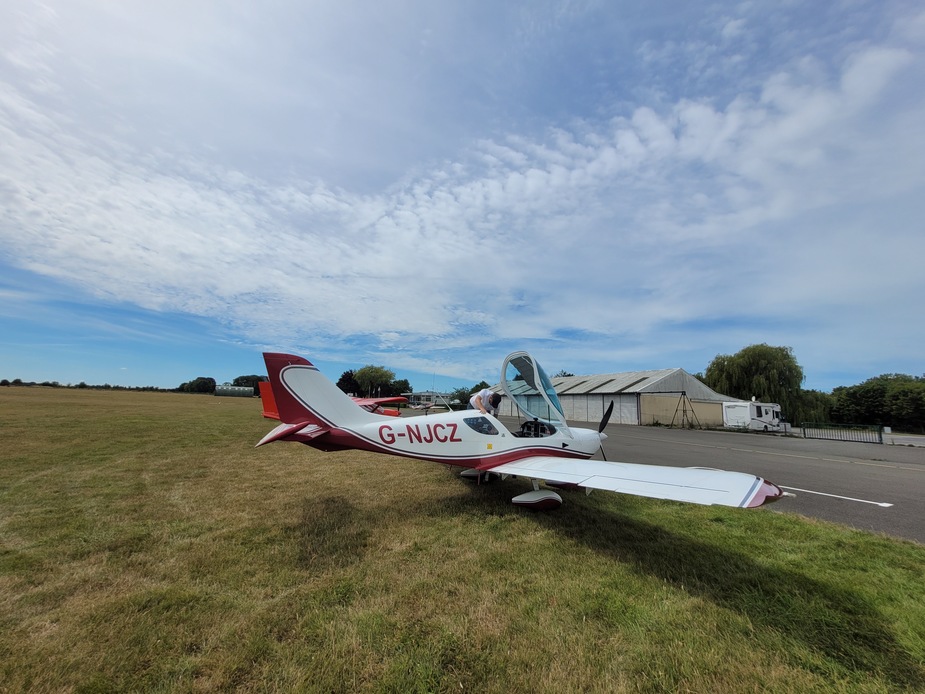 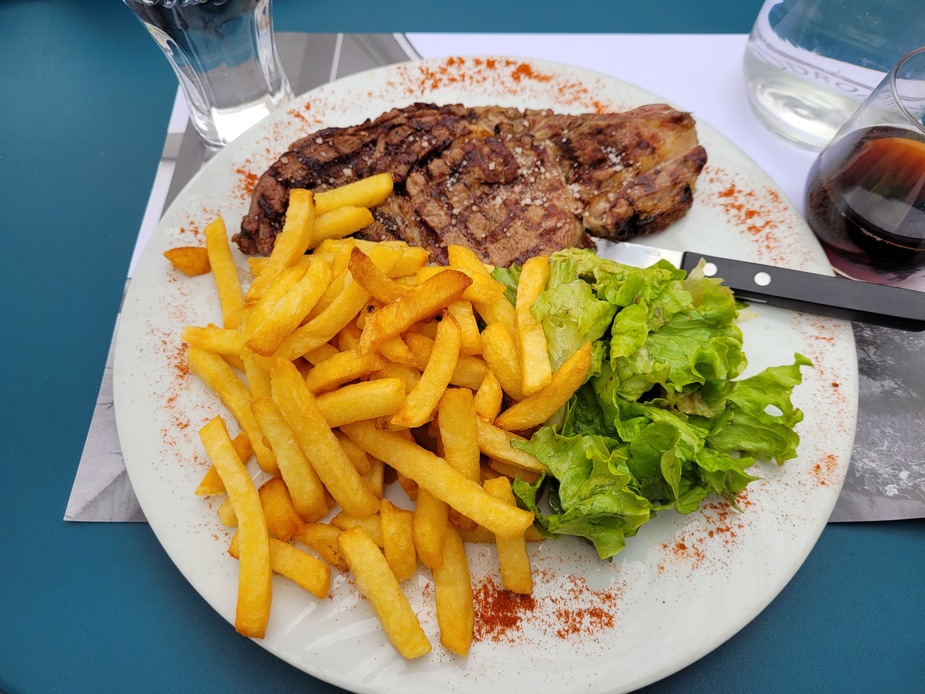 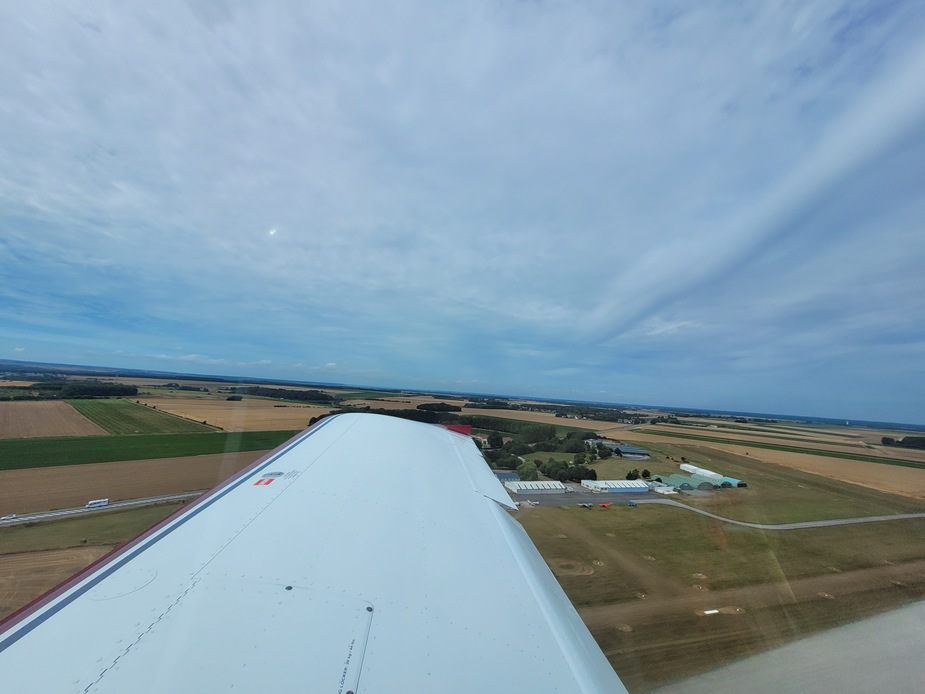 Interesting airfield, it sits near LFP32, so one has to keep it straight on final otherwise 10k€ landing fee & grounded aircraft, the grass state was OK (even ok for visits in retractable aircraft), the taxiway does cross a busy public road, priority is given for motorcycles and cars at 70kmh, for aircraft “Permis B” driving licence is not required PPL is enough

The airfield is “no mans land”, 2 flights on a sunny Saturday, the aircraft log mouvement shows one page for visitors entries since 2018, still very convenient stop for a nice beach 4km away, no landing fee 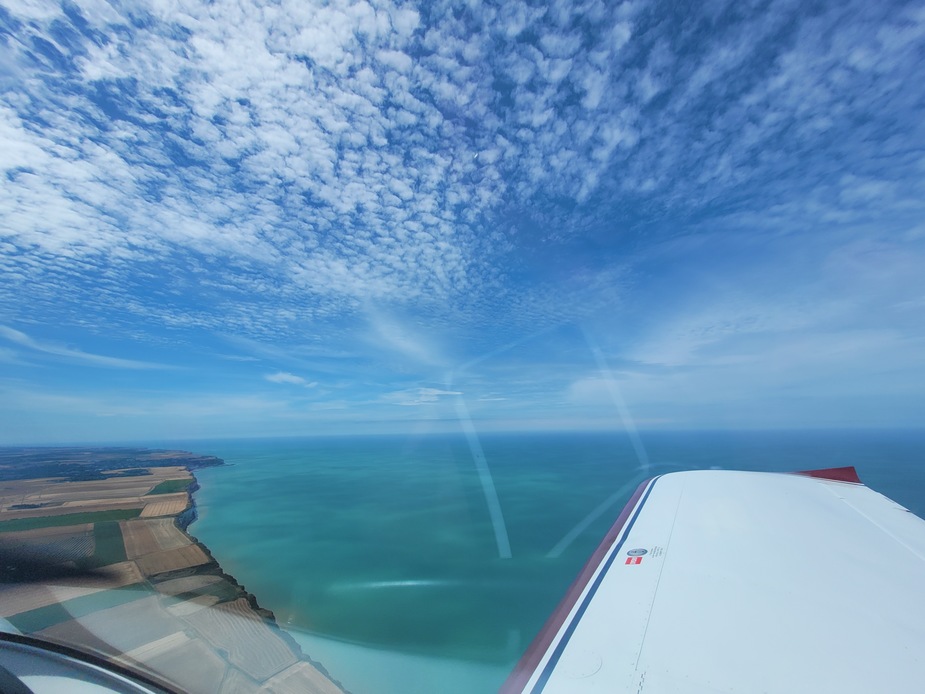 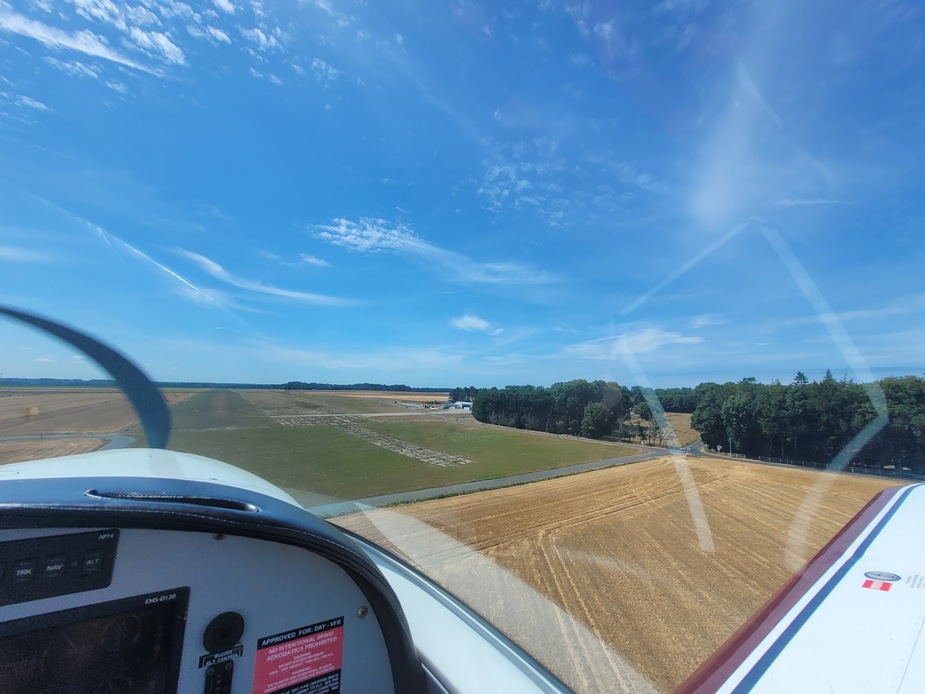 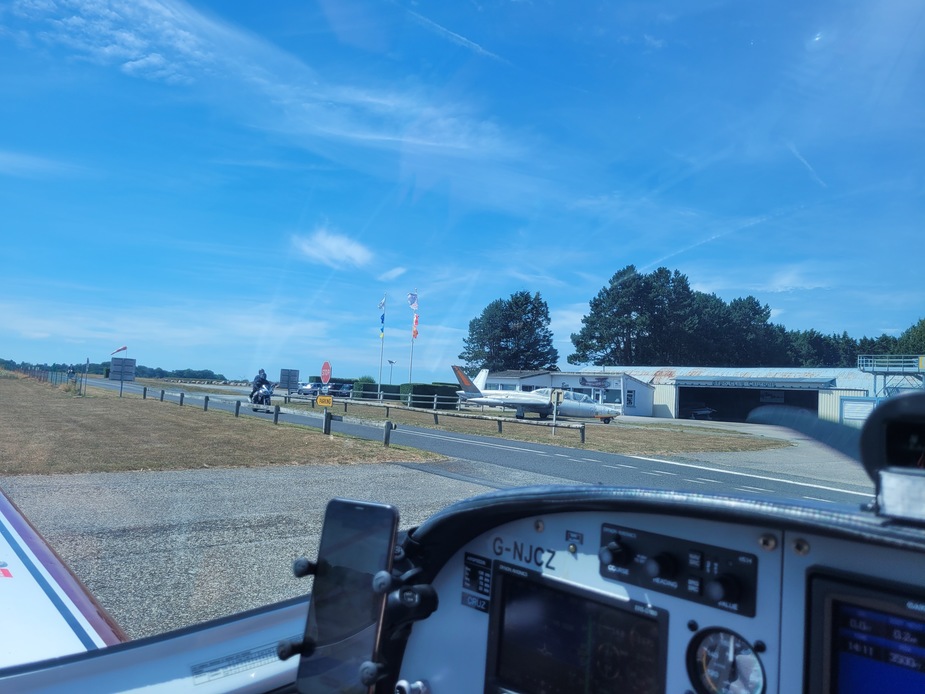 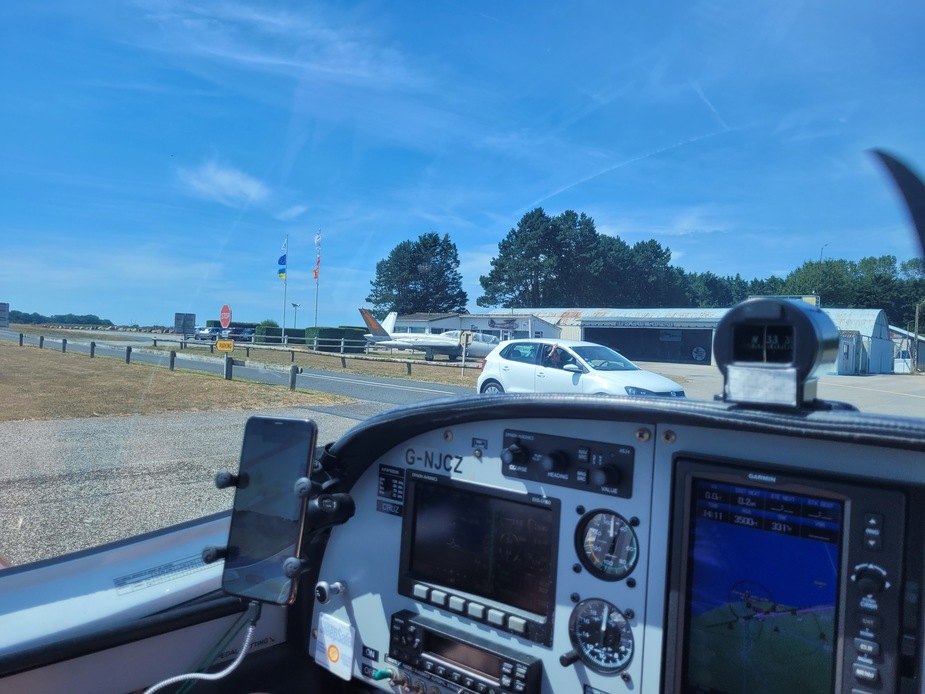 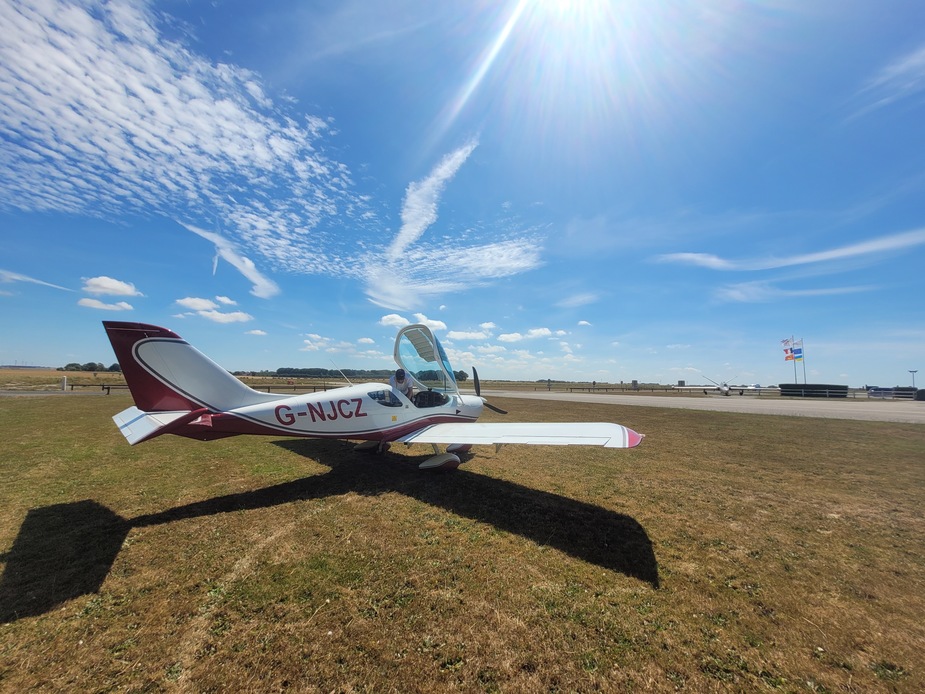 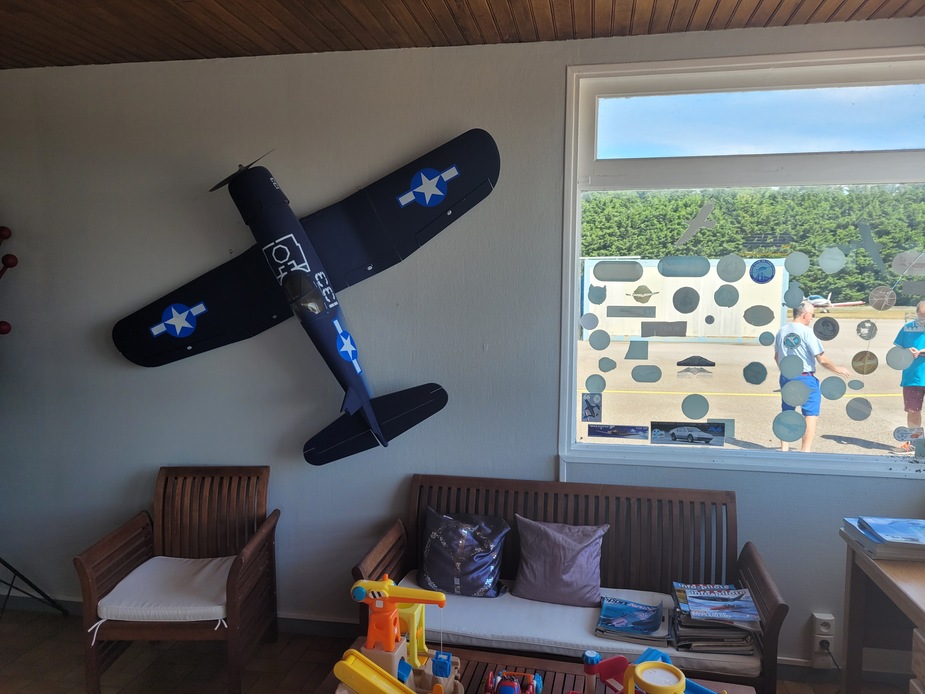 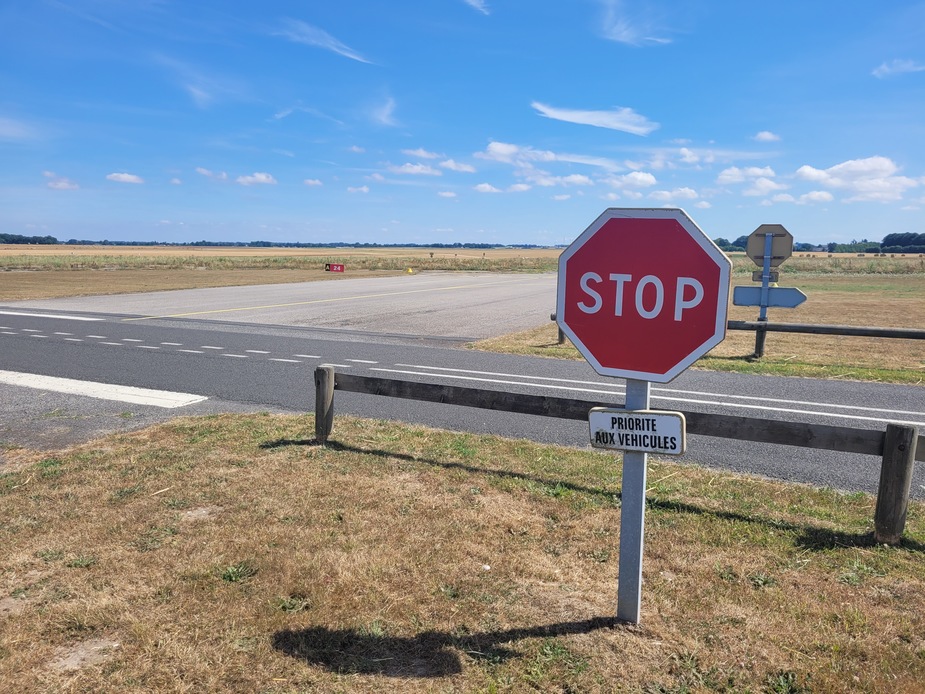 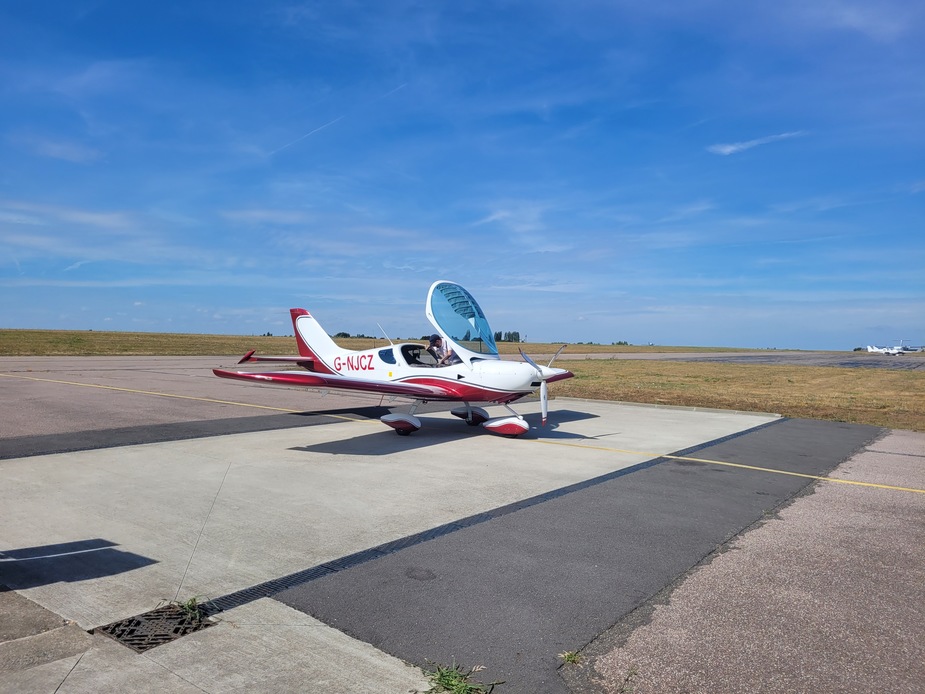 2 flights on a sunny Saturday, the aircraft log mouvement shows one page for visitors entries since 2018

Unbelievable! How do these places stay open?

@lbra your friend has an excellent YouTube channel: Short Field, they are really good.

How do these places stay open?

No idea but the farmer does the grass runway as well as the field nearby, the aeroclub does the bar, I doubt much is required?

Why do you say that? Out of roughly 200 non-ATS airfields in France, only about 40 or so are restricted to „French-only“. So, the vast majority of these airfields is NOT French only.

I was referring to those NW of France (about 1h range from UK), the majority are FR Only without ATS

Strictly speaking, yes there are 1500 airfields NOT French only, about 1350 in FFPULM or private in addition to 150 non-ATS in AIP/VAC you have mentioned

Why do you say that? Out of roughly 200 non-ATS airfields in France, only about 40 or so are restricted to „French-only“. So, the vast majority of these airfields is NOT French only.

Yes, but it’s an oddity, isn’t it? We’re currently at LFLE which is FR only, coming from LFNC and LFMR which don’t have that restriction. However, it would be crazy to fly in these narrow valleys at St. Crépin and Barcelonnette without talking French to others while at Chambéry there is much more room for maneuvering. OK there is a mountain to one side and CAS to the other here, but still it doesn’t make sense IMHO.

Thanks Ibra for the nice report and sorry for being OT 😀

AIUI the Fr.only is a local decision. Airfields with only a couple of visitors a month are also quite common. They often have their heritage in the land being given over to the commune to be used as an airfield by one or more local associations or clubs. The management (so to speak as there is very little management) is in the hands of the clubs, the commune provides support, as do the local farmer or whoever has a tractor and the time to cut the grass. It is all a matter of co-operation and conviviality from which everyone can benefit.
LFFK is Fr. only. Why? because we have 1 aeroclub DTO 1 aeroclub for aircraft owners, mostly ULM and one very active gliding club.
The visitors we get are mostly French, but only a small percentage actually fill in the visitors book, for various reasons (usually there being nobody present at the club to ask them to do so.)
We are also on the 123.5 frequency. So I would say that some 99% of radio communication is in French. That would not change if we did not have that tag on the VAC.. On the other hand safety could well be compromised if someone turned up speaking a language which is not understood by some 95% of users of the aerodrome. Because of the airspace which surrounds us the DSAC decided that the field should be radio mandatory. we are Hence it was decided by “stakeholders” that we should become Fr.only. It simply means that the few non French speaking visitors we get and those who are based here have to learn a few French aeronautical phrases. Or as someone on here suggested before get Alexa or Babel to do it.
How much would our non French speaking visiting pilots increase by if we didn’t have the Fr. only? IMO somewhere between 0% and 0.25%

How much would our non French speaking visiting pilots increase by if we didn’t have the Fr. only? IMO somewhere between 0% and 0.25%

Due to some specific cultural reasons around mainland Europe, and the increasing hassle for Brits over the last 10 years or so (the 24hr/48hr PN with the silly but massive threatened fines, or jail), probably between 0% and 0.01%

You need to only look at the difficulties in organising a meet-up in France nowadays. Apart from getting a small group to go to LFAT, France is closing up. And La Rochelle, a great scenic destination, is officially closed to all foreigners unless they land in France first, and on the way back again.

AIUI the Fr.only is a local decision

They still manage to get it into the AIP.

Peter
Administrator
Shoreham EGKA, United Kingdom
19 Posts
This thread is locked. This means you can't add a response.
Sign in to add your message

Gain and loss of immigration / customs at French airports, and current list
Another question about the Eurocontrol IFPS FP validation
Rouen Airport (LFOP) on Sunday 3rd July 2022
How do I find out about Abbeville LFOI airport? Has it closed down?...