Two tiny islands off the Canadian coast owned by France,

They were massive stocks of alcoholic beverages there during the prohibition in the US, raised some questions but local authority had just said that the locals drink heavily :-)


There are some pretty long legs if you want to stay in France:

Actually, THAT would be a fun project. Round the world, but never leave La France !

On a quick and dirty look at that map I reckon you would need a ~2500nm range.

No problem, dude, take a Comanche!

Edit: I’ve read elsewhere that the time of takeoff and weather conditions had to be chosen carefully, in order to make it out of the runway strip in Casablanca, and that climb performance was next to non-existent.

Second edit: they mounted the four cylinder 180hp engine to the Comanche, which was used in earlier Comanches, to reduce weight and fuel flow of the aircraft. I also read that Conrad never flew higher than 7000 ft on these flights, as miles per gallon keeps the same, but flight time increases down low.

I would love to do a RTW trip and perhaps will do so one day, but I would take my time and actually explore the countries / areas I visit. If I ever get to do it, would prob90 do it in a light twin or perhaps a C210.

A Thorp T-18 normally has 32 USG or less fuel capacity but Don Taylor somehow managed to increase his range to “1800-2400 miles” to make the first homebuilt aircraft circumnavigation of the world in 1976. He took 60 days to do it, starting and ending at Oshkosh, so must’ve seen something on the way. I assume this photo was at the start of the trip… 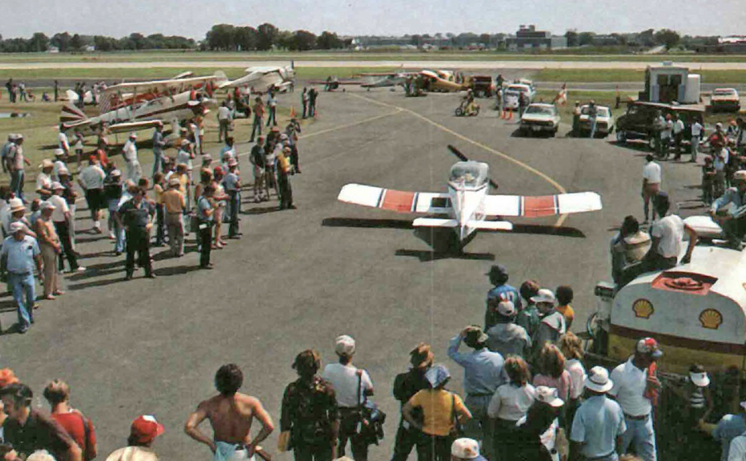 Then you’ve never flown a Comanche!


Saint Pierre and Miguelon. Two tiny islands off the Canadian coast owned by France, “the only remaining vestige of French sovereignty in North America”. If you look on Google Street View the cars have French license plates

I recently restored a Mercedes here in the UK that had been shipped from USA. Investigation of the original build sheet revealed that it was first delivered there.
Presumably there was some tax advantages.

She made it to Iceland.
Low level over the water. She’s got balls !

airways
EBST, Belgium
190 Posts
This thread is locked. This means you can't add a response.
Sign in to add your message

Piper Malibu PA46 N757NY down in Goose Bay
New youngest pilot to fly around the world? Heading off tomorrow...