I have seen a tri-engine PA-32 (on photos), but this is the first time a see a twin-prop PA-46. I guess with both props almost centerline, there are no handling issues :-) 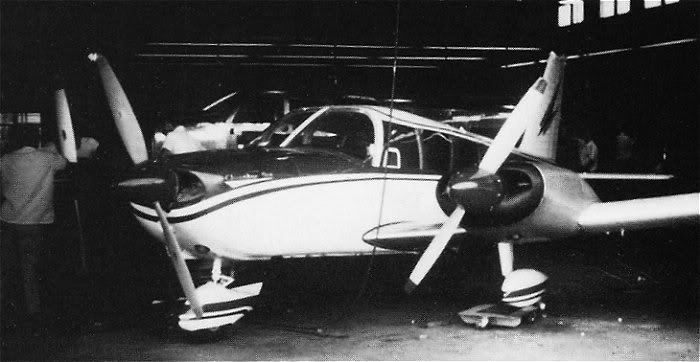 This one? Looks interesting. Does anyone know how it performed or why they dropped the idea?

This one? Looks interesting. Does anyone know how it performed or why they dropped the idea?

Yes, that’s the one.

IIRC, the engine out performance sucked. Propellers were fixed for cost and weight, and even though loss of an engine only removed 1/3 of the power, the bad one would drain the tremendous power it would take to keep it windmilling, as there was no way to stop it.

I would also imagine that 450 HP worth of carburetted engines on a fixed gear acft full of engine nacelles would be fairly thirsty for the performance. And I suppose the unwary pilot could risk carb ice, most likely on three engines simultaneously, probably making you feel a bit silly about the imagined safety of having three engines.

huv
EKRK, Denmark
4 Posts
This thread is locked. This means you can't add a response.
Sign in to add your message