It’ll go on an FAA Experimental Exhibition C of A. Interesting story on the import requirements – on the US side an ATF license is required because it’s ex-military.

Really? when I got the L-39 type rating I was told that you just needed to have an approved base and flying programme.

Importation for sale is what requires the ATF license in the US, not subsequent ownership or operation.

FAA Experimental Exhibition has over time become quite attractive, as requirements have loosened. There are now typically no geographic limits on the proficiency area, meaning you can fly the thing anywhere you want without notification or approval. Every year you make up a flying program for ‘exhibition’ and send it in, no acknowledgment required, but its mainly theater – you don’t have to stick to it. An aircraft like the TB30 can be modified in any way desired without approvals and Annual Condition Inspections require only an A&P, not an IA. My friend the TB30 buyer has no A&P but is very tight with another guy who does (partners in other planes etc). No money will change hands annually or at any other time. They will maintain it themselves.

Another friend of mine is an IA and has a factory built Pitts and a highly modified Super Chipmunk, both on Experimental Exhibition. He could sign certified planes off himself, if he owned them, but likes this arrangement because there is no certified configuration. This then makes him happy to sign my plane off annually, among other things to keep his IA current. 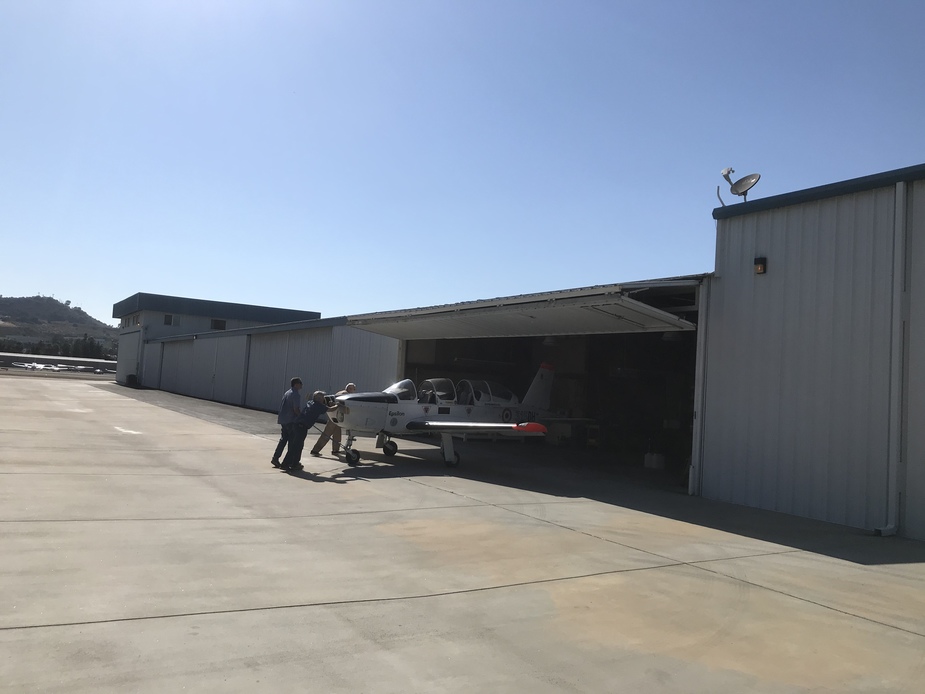 Its much smaller than I expected, which is very cool. I’m hoping to get my first flight in it soon, I hope front seat.

Apparently there’s another one coming at some point and the best of the two will be kept. Somebody said “we know the perfect buyer for the other one” but I’m afraid it’s not in the cards even at the advantageous price paid for this one.

I flew a TB 30 today. It’s pretty fun to fly, 90 kts on final is plenty despite the very small wing and it’s solid and docile. Very French in not sacrificing comfort for being an aerobatic trainer. I enjoyed it. 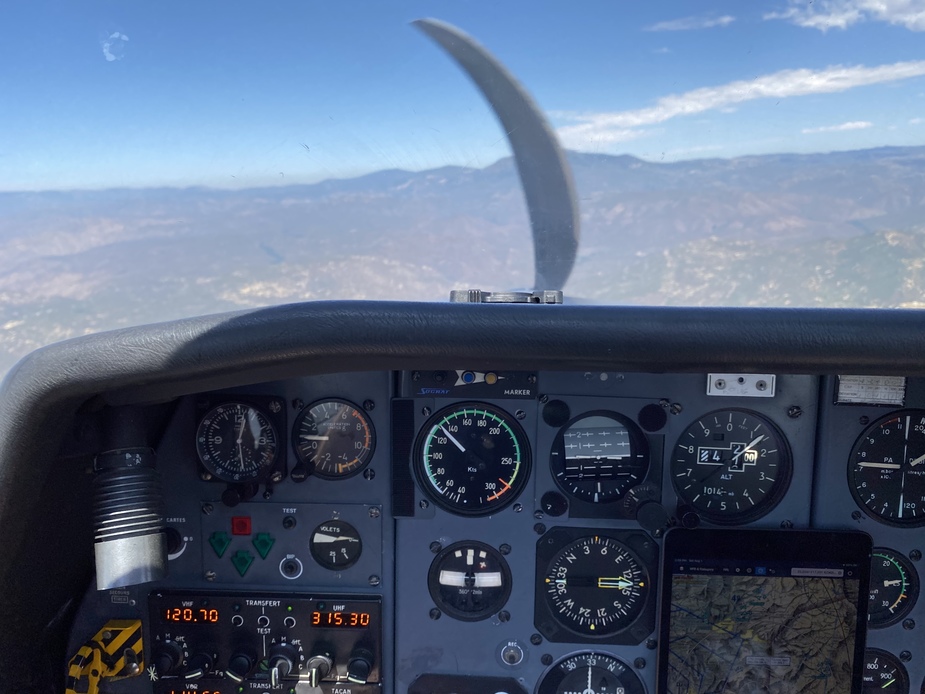 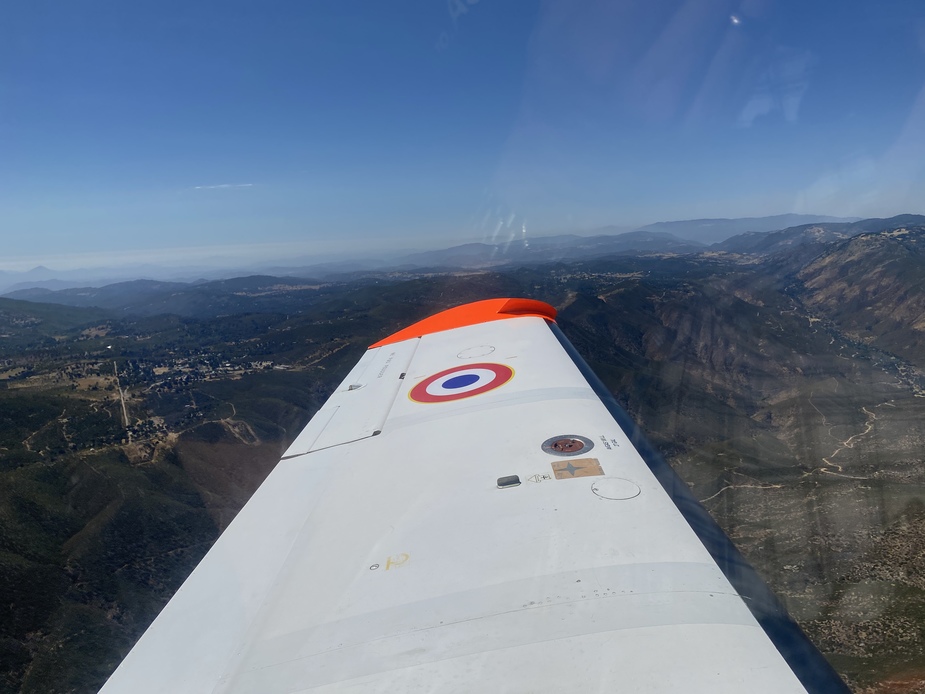 I thought the fabric covered rudder and elevator were interesting, not something you might expect to see on 1980s military aircraft. 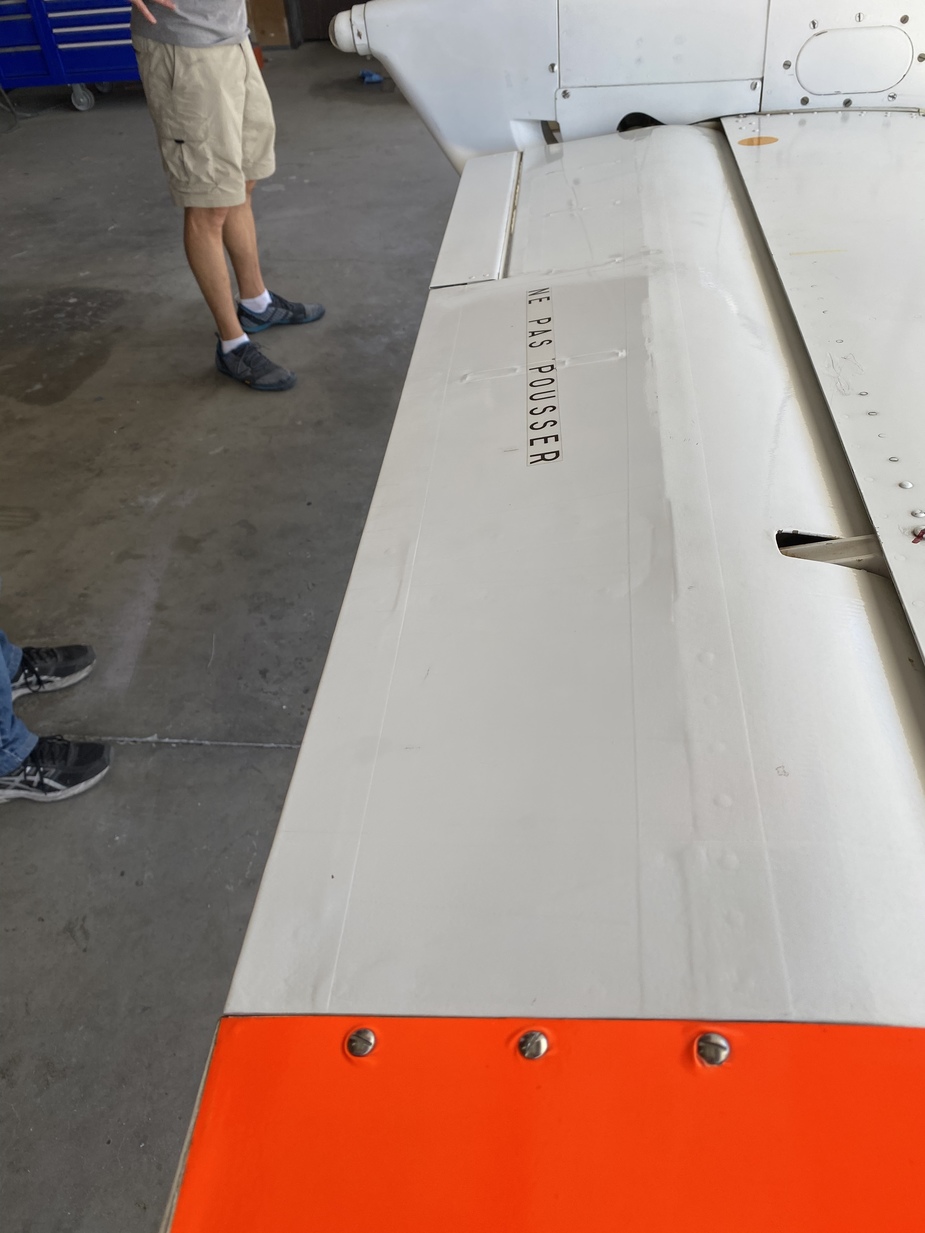 Amazing that the first person that I know to fly in a TB30 is a Californian.

@Jujupilote And you live and fly in France:) Don’t you know any oldies where you fly?

The July Info-Pilote had a writeup on a TB30.

Ridiculous as it sounds they may contain up to 20g (yes, twenty grams) of asbestos, so were mothballed or abandoned as technically illegal to sell and too expensive to dismantle. Any aircraft built before 1995 is likely to have trace amounts of asbestos, but it’s impossible to prove or disprove.

There are a few hundred air force aircraft in the same situation so a legal route was created where military equipment can be exported, so if you want to buy one in France expect to ‘export’ on purchase and ‘reimport’ via an agent.

The first 10 were sold to an American company at half price because the DGA didn’t know about this route; the buyer resold them at a heavy premium to a US military training contractor for special forces close air support.

I wonder where this could be? The exhaust system, or the insulation on the cable going to the starter motor? Or maybe some strange type of firewall insulation. Easy to find I am sure.

A hilarious story of somebody making a load of money out of uninformed hysteria, and not the first time that’s been done


I wonder where this could be?

Just checked the article and it doesn’t say, only ‘sealants’ and ‘thermal seals and protections’.

I heard today from an ex Armee de l’Air pilot who has 200 hrs in TB30s. He apparently used to fly them at 70 liters per hour fuel consumption at something 180 kts… he wasn’t buying the fuel! He said the issue with this was that he wasn’t able to fly his maneuvers, then continue direct from Cognac to Colmar, he had to stop to refuel towards Reims or Dijon

Along those lines, I can imagine that if you had access to one of these and a government credit card, it’d sure be fun to fly to Corsica for an overnight.

I did the takeoff and landing. The nose wheel is non-steerable but the rudder is quite effective even in taxi. The only thing that surprised me (purely as a result of my lack of experience in similar planes) is that after getting airborne on takeoff it took a while to accelerate from 80 kts to 100 kts to start the climb. Published Vy is 110 kts. Landing was straightforward and solid, like everything else on the plane. When you extend the gear you can’t even hear it, although I remember some trim change that tells you something is happening. I flared a bit high after a steep approach and my highly experienced friend in the back seat gave me a nudge of power to save me. The wing loading is high and although there was nothing at all intimidating about the plane, I don’t think you’d want to get slow.

My friends have another one coming as I mentioned above and if I were to buy this one, I’m sure they’d be happy. For them, this one was an impulse purchase to fill the time before the other arrives from France. I can’t consider it seriously, it will be 2-3 years before I’ll have that much cash. But one can dream

Silvaire
USA
20 Posts
This thread is locked. This means you can't add a response.
Sign in to add your message