By the way, the question is not how many dorrs I want, we need to reformulate to how many doors my wife/daughters want

Make sure they never hear of a certain brand with parashute.

But actually, in your budget, that might even be a possibility too.


I would really like to sit once in a Mooney or a TB20 before being able to decide which fits better.

If you pass through Zurich, let me know and I’ll see what I can arrange.

You will find that the front seats of the Mooneys have quite good leg room with a cabin width about similar to the Arrow The back seat leg room depends strongly on the model: The short bodies (B, C, E) models have inadequate leg room in the rear, G, F, J, K about similar to a PA28 and the long bodies (Ovation, Acclaim, e.t.c.) have quite a bit more. Getting in and out is about the same story than with PA28.

TB20, well, watch this space where Peter is going…. or there are also some others around. You might also check around the local airfields you fly to. Mostly, if you approach someone with a desired airplane type, they will be more than happy to let you try them on.


But actually, in your budget, that might even be a possibility too.

But you aren’t referring to SR22, right? They seem way over budget right now :)


If you pass through Zurich, let me know and I’ll see what I can arrange.

I will let you know for sure, thanks!


But you aren’t referring to SR22, right? They seem way over budget right now :)

Looking at the A36 you initially indicated as a possibility (and which I still find quite attractive btw) I’ve occasionally seen early SR22’s in that range, give or take a few. However, these are usually airplanes with conventional cockpit (with MFD, but clockwork on the left) and therefore the least desirable of all Cirri. With the same budget you can find good examples of other types, rather than betting on the cheapest of the SR’s.

@Mooney_Driver: Ok, got you! Yeah the requests for that A36 are rising, the owner got at least one offe r which he is “considering” (guess it’s quite a bit lower than what he is asking on PC). I didn’t have the chance to fly there to look at it in person, so I might loose this one, but I feel like I want to check the options before commiting to anything long-term. The A36 indeed seems to be a really nice option no matter what. For the cirri, I don’t know. Those legs sticking out while in the air just make them look to me like a defective pelican

This may or may not be an issue in Europe, but consult your insurance before even considering a Cirrus. Over here the requirements are becoming increasingly onerous and you may find that with your rather low hours you cannot get insurance at all. Reason, as told to me by our insurance agent, being that essentially every Cirrus mishap is treated as a write-off by the insurers. Apparently it’s nigh impossible to repair these plastic wonders.

@172driver: Thanks for the tip, I will ask around and see. Makes sense though: At our club, there has been a collision between a A211 and another plane (caused by the “other” plane owner). Insurance paid for the damage, but basically they had to swap the whole cell structure (in fiber) as it was seemingly impossible to fix. Mind you, we are not talking about a big damage, but still the structural integrity was compromised it seems.

You can insure an SR22 here in the UK, subject to various requirements, without paying over the top, but it won’t be cheap, because you will want hull value cover, and that isn’t gonna be cheap.

Years ago I asked Haywards, who I was with then, about this, and (reported this previously in one of the countless Cirrus threads) there was no more to pay, but that was in the context of 1k or so hrs TT in the TB20 (2.7k hrs now) and a CPL/IR. Now I am with Visicover and have no idea how/if they load the premium, but I know from others’ examples that they avoid certain types of risks which Haywards did ok.

Some “chuted” SR22s have been repaired and returned to service (by the insurer). I would never touch one with a bargepole because the avionics would have just been bench tested and tagged “serviceable” if still working…. It is a ~20G impact and the avionics don’t get the benefit of the crumple zones in the seats.

With any plane type, you don’t want to buy a wreck because it will cost you dearly to sort it out, and if you want to play in the SR22 territory you will need to pay a lot more for one which isn’t a wreck than if you wanted say a TB20 which wasn’t a wreck – simply because it is a newer and more expensive item.

And, as usual, extracting information on actual scenarios, especially publicly, requires you to be a dentist 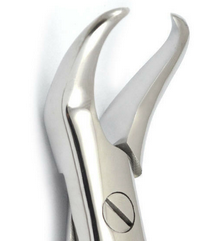 The SR20 is a dreadful underpowered mess. It might be OK in the Netherlands, as long as you never go anywhere else. But if you need to climb to any kind of altitude, forget it. I flew one for a while on my early days. Trying to get to 13,500 (to cross the Sierra Nevada) i was down to about 100 ft/minute, and not even at gross. It was not only under-powered but under-cooled, so in a climb you had to keep an eagle eye on the oil temp.

The SR22 does have enough engine for the plane, though I only have 1 hour in type. As long as you never want to hand-fly, it’s OK. The electric trim is way too fast so you can never quite get it trimmed properly. My instructor (10K+ hours in all kinds of military stuff as well as small planes) had the same comment.

Personally if I was in the market for a new (to me) plane (which I hope I’m not – mine is currently sitting in a container on the quayside at Fos-sur-Mer) I would go for a DA40.

Snoopy
always learning
LO__, Austria
171 Posts
This thread is locked. This means you can't add a response.
Sign in to add your message